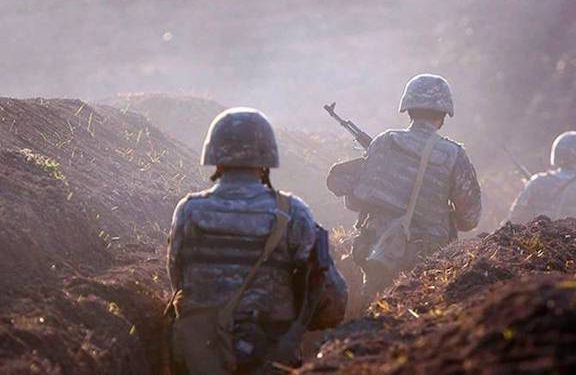 Prime Minister Nikol Pashinyan told lawmakers in parliament on Tuesday that the number of Armenian casualties from last fall’s 44-Day War is 3,773, with another 243 classified as missing in action.

“I am presenting the 2021-2026 government program in unusual conditions,” the prime minister said while presenting his government’s five-year action plan.

“The grave consequences of the 44-day war; our 3773 victims of the war; the fact that 243 soldiers are still missing; the fact that some of our captive soldiers have not been returned; the thousands of displaced persons; the unusual and difficult socio-economic conditions in Artsakh and Armenia; the alarming security challenges around Armenia and Artsakh, the crisis situation in the Sotk-Khoznavar section as a result of the unlawful invasion of the Azerbaijani armed forces of Armenia’s sovereign territory; the periodic violations of the November 9 trilateral ceasefire statement and the resulting new casualties; the tense international situation; and the continuing coronavirus pandemic make this environment in which we are discussing the government program unusual,” Pashinyan said.

Pashinyan also said that his government will prioritize Artsakh’s post-war recovery, adding that to date 82.863 billion drams (around $168 million) have been allocated to Artsakh.