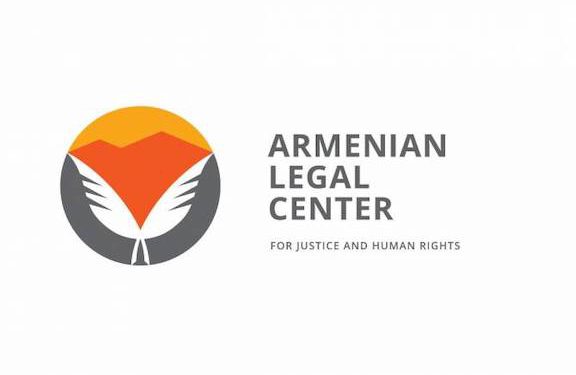 WASHINGTON—The Armenian Legal Center for Justice & Human Rights (ALC) announced that it has filed 16 new cases of “enforced disappearances” before the European Court of Human Rights on behalf of 20 Armenian individuals who have disappeared while in Azerbaijani captivity.

The ALC, in partnership with the International & Comparative Law Center (ICLaw), have filed these cases with strong evidence that these individuals were captured and detained by Azerbaijani forces during the 2020 Artsakh War, but further information about their current status has not been released by Azerbaijan. Under international humanitarian law and the European Convention on Human Rights, these disappearances are incidents of “enforced disappearance,” and Azerbaijan must investigate and release information on these individuals.

According to international law, an “enforced disappearance” is a continuing war crime, and as such, it lasts until the fate and whereabouts of the victim are established with certainty. These new cases filed by ALC and ICLaw move the judicial system to enforce an obligation on Azerbaijan to investigate, not only the disappearance of these individuals, but also the pattern of Azerbaijan’s widespread systematic attacks on civilian populations.

These new cases of “enforced disappearance” before the ECHR implicate the European Convention on Human Rights’ Article 3 Prohibition of Torture, Article 8 Respect for Private/Family Life, and Article 14 Prohibition of Discrimination. The purpose of this legal action is to highlight that Azerbaijan has exclusive possession of the information about these individuals and has thus far failed to acknowledge their captivity and share this information with the victims’ families.

ALC and ICLaw have also filed two new cases for the unlawful killing of 10 Armenian prisoners of war by Azerbaijan under Article 2 of the European Convention on Human Rights. Based on the irrefutable evidence submitted to the ECHR, these 10 Armenian POWs were taken captive by Azerbaijani servicemen while alive and uninjured. And yet, while in custody, they were inhumanely tortured and brutally murdered by Azerbaijani state actors. In one instance, nine of these Armenian POWs were killed in captivity after the cessation of hostilities and after the November 9, 2020 trilateral ceasefire announcement.

“Azerbaijan must be held accountable by the international community for its continued aggression and war crimes against Armenians. All Armenians held in captivity must be released without preconditions or further negotiation and bartering, including those who have disappeared and remain unacknowledged,” stated ALC chairperson Ken Hachikian. “These new cases of enforced disappearance and unlawful killings are just one more step in our relentless advocacy on behalf of Armenians held in Azerbaijani captivity.”

With a team of attorneys and investigators in Armenia, ICLaw has gathered information and documented extensive evidence of Armenians taken captive by Azerbaijan during the time period of September 2020 through May 2021. Based on this fact-finding work, ALC and ICLaw have collaborated to file numerous cases before the ECHR, including cases for interim measures, the right to life, unlawful killings and enforced disappearances. As more information is obtained, ICLaw and ALC will continue to pursue both the freedom and the rights of all Armenians held captive by Azerbaijan.

Armenian POWs killed in captivity
Arthur Manvelyan was born in December 1980. He was married and had two daughters. He volunteered to participate in the defense of Artsakh from the very first day of Azerbaijan’s attack in September 2020. On October 7, 2020, during the hostilities near Mekhakavan, Manvelyan was wounded and then shot from range by an Azerbaijani soldier. The moment of the shooting was videotaped by the Azerbaijani servicemen who killed him; the video was published widely throughout the internet.