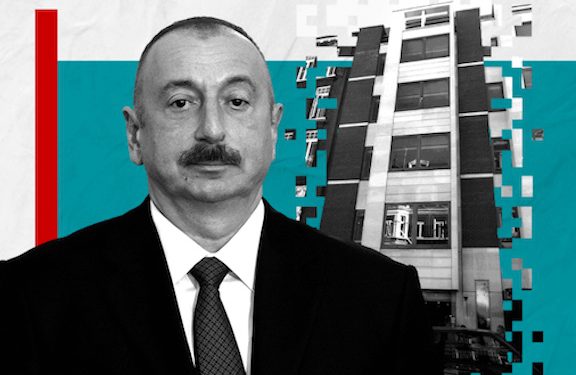 The secret wealth and dealings of world leaders, politicians and billionaires has been exposed in one of the biggest leaks of financial documents that feature some 35 current and former leaders and more than 300 public officials in what is being dubbed the Pandora Papers.

President Ilham Aliyev of Azerbaijan and his family, who have been accused of looting their own country, figure prominently in the Pandora Papers, which is a trove of almost 12 million documents that shed light on the extent these leaders go to hide their wealth and profit from secret investments through offshore holdings.

The investigation found the Aliyevs and their close associates have secretly been involved in property deals in the United Kingdom worth more than $540 million, the BBC, one of the several worldwide press outlets involved in the investigation, reported on Sunday.

The revelations could prove embarrassing for the UK government, as the Aliyevs appear to have made more than $42 million profit after selling one of their London properties to the Crown Estate—the Queen’s property empire that is managed by British Treasury and raises cash for the nation.

The files show how the family—long accused of corruption—bought 17 properties, including an office block in London said to be worth almost $45 million for the president’s 11-year-old son Heydar Aliyev. The building was bought by a front company owned by Aliyev’s family friend in 2009, according to the Pandora Papers, the BBC reported. The property was transferred to Heydar a month later.

The research also reveals how another office block owned by the family nearby was sold to the Crown Estate for almost $90 million in 2018.

The Crown Estate said it carried out the checks required in law at the time of purchase but is now looking into the matter, reported the BBC. The UK government says it is cracking down on money laundering with tougher laws and enforcement, and that it will introduce a register of offshore companies owning UK property when parliamentary time allows.

While many of the transactions in the documents involve no legal wrongdoing, they shed light on how world leaders, among them Jordan’s King Adullah II and President Vladimir Putin of Russia, have hidden their wealth in opaque shell companies.

The data for the Pandora Papers was obtained by the DC-based International Consortium of Investigative Journalists, which published a trove of leaked documents—known as the Panama Papers—from the law firm Moffat Fonseca, which represented similar shady dealings. The ICIJ engaged more than 600 journalists from 117 countries to review and investigate. Along with the BBC, the UK-based The Guardian, The Washington Post and other media outlets have investigated the leaked documents.