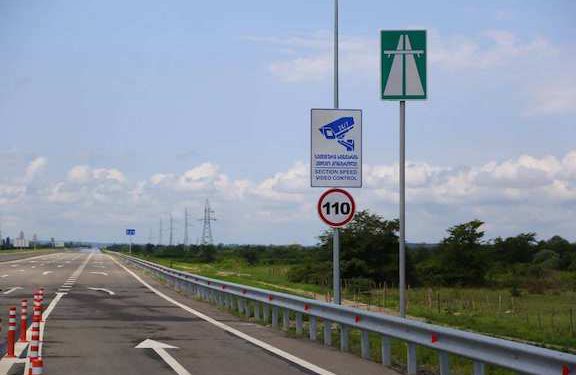 Georgia plans to build what is being called a compact corridor from Armenia to Russia, an alternative route to Russia that does not need to be accessed through Azerbaijan.

This project is part of Georgia’s plans to build some 20 roads by 2024, Armenia’s Public Radio correspondent Gita Elibekyan reported while in Tbilisi.

The road, that is slated to stretch from the Sadakhlo checkpoint in Armenia to the Russia, will allow Yerevan to become part of the East-West European Highway. The project is being financed through a European Investment bank loan provided to Georgia for the construction of a new road leading to the Armenian border.

Contruction on the project, which was postponed due to the pandemic, will begin soon and is expected to cut travel time from Armenia to Russia by 50 percent.

The road will bypass Marneuli and other surrounding area, becoming a new transit option for cargo transportation from Armenia to Russia. This effort is part of what is known as “the project of the century,” the East-West Highway (E-60), which is the second largest European transit corridor.

“There will be a modern road in the territory of Georgia from the border with Armenia to the border with Russia. The project is unprecedented for both Georgia and Armenia,” Paata Tsagareishvili, Director of the Transport Corridor Research Center told Public Radio of Armenia. He said the road will facilitate cargo transportation and contribute to the development of tourism in Georgia.

In Georgia, the construction of both the East-West highway and the North-South road is underway. According to political scientist Giorgi Gobridze, Georgia will try to maintain its role as transit for various countries despite the changing realities in the region.

“These infrastructure improvements significantly shorten travel between countries and make traffic even safer. The Algeti-Sadakhlo highway will play an important role for both countries [Armenia-Georgia]. Georgia, in general, is interested in improving economic relations with Armenia and all other neighboring countries, and that is what it is doing today,” Gobridze told Public Radio of Armenia.