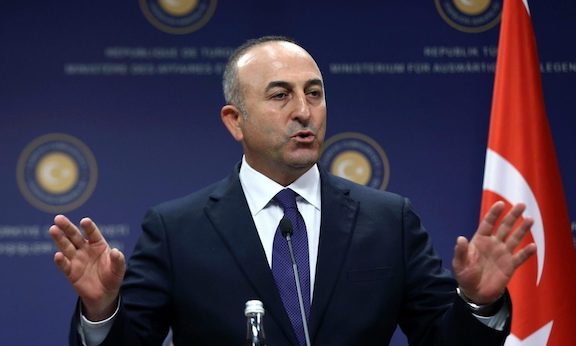 Ankara has warned President Joe Biden that if the United States were to recognize the Armenian Genocide it would “further harm” already strained ties with Turkey.

Asked in an interview with broadcaster Haberturk about whether Biden would recognize the killings as a genocide amid reports he would be the first U.S. president to do so, Turkey’s Foreign Minister Mevlut Cavusoglu said the United States “needs to respect international law,” reported Reuters.

“Statements that have no legal binding will have no benefit, but they will harm ties,” Cavusoglu said. “If the United States wants to worsen ties, the decision is theirs,” he said.

Ties between Ankara and Washington have been strained over a host of issues, from Turkey’s purchase of Russian S-400 defence systems – over which it was the target of U.S. sanctions – to policy differences in Syria, human rights and legal matters.

The New York Times reported on Wednesday that according to Administration officials, the President Biden appears to be willing to risk fraying relations between Washington and Ankara to further human rights. The Wall Street Journal also reported that Biden is poised to recognize the Genocide.

“A U.S. official with knowledge of the administration’s discussions said Mr. Biden had decided to issue the declaration, and others across the government and in foreign embassies said it was widely expected,” reported The News York Times.

Armenia’s Foreign Minister Ara Aivazyan told The New York Time in an interview on Wednesday that “the recognition by the United States will be a kind of moral beacon to many countries.”

“This is not about Armenia and Turkey,” Aivazyan said. “This is about our obligation to recognize and condemn the past, present and future genocide.”

Aivazyan also referred to Turkey’s military role in last fall’s Karabakh war as an example of “a source of expanding instability” in the region and the eastern Mediterranean Sea.

He told The New York Times that the genocide designation would serve as a reminder to the rest of the world if malign values are not countered.

“I believe bringing dangerous states to the international order will make our world much more secure,” Aivazyan told the Times. “And we will be witnessing less tragedies, less human losses, once the United States will reaffirm its moral leadership in these turbulent times.”