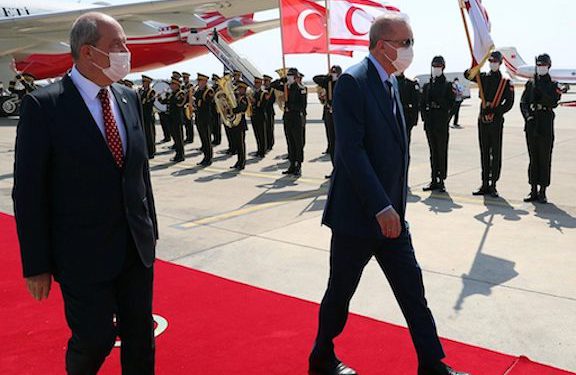 The United States threatened Turkey with new sanctions if it again purchases weapons from Russia. At the same time Secretary of State Antony Blinken called Turkish President Recep Tayyip Erdogan’s calls for the independence of the Turkish-occupied North Cyprus “provocative.”

The United States will impose additional unilateral sanctions on Turkey if it continues to acquire large military equipment and systems from Russia, Under Secretary for Political Affairs Victoria Nuland announced on Wednesday.

”We continue to oppose Turkey’s purchase of Russian S-400 air-defense systems. We have made it clear that new large-scale arms purchases from Russia will be followed by additional sanctions. Sales of F-35 fighter jets to Ankara by Washington and their joint production will remain suspended,” Nuland added.

Victoria Nuland announced that she and many members of the US administration did not understand why the NATO ally wanted to acquire Russian systems, jeopardizing everything, including the joint production of the new generation F-35 fighter jets.

Meanwhile after visiting occupied Cyprus on the anniversary of the Turkish invasion of the island, Erdogan ruffled many international feathers when he called for the independence of the occupied region, which internationally is recognized as part of Cyprus.

After Turkish Cypriot leaders announced on Tuesday plans to partial reopen an abandoned town for potential resettlement, not only did that draw serious rebuke from Cyprus authorities, but it also angered the U.S., the European Union and the United Kingdom.

Erdogan hailed the announcement by announcing a “new era” for the Turkish invaded region.

Blinken called the announcement “provocative” and “unacceptable,” according to Reuters. He said “the United States is working with like-minded partners to refer this concerning situation to the UN Security Council and will urge a strong response.”

Also condemning Erdogan was Senate Foreign Relations Committee chairperson Bob Menendez, who in remarks on Wednesday said Erdogan is trying to advance a separate state on the island of Cyprus.

“Simply put, this violation of international law is unacceptable and I expect to hear from the Under Secretary today a plan on how the Biden administration will respond. I led a letter with several members on this Committee to the President last week. Erdogan’s actions are not simply about Cyprus, but mark a crucial test for the UN system and the U.S. response. We need to see a strong statement from the UN Security Council today condemning this move,” said Menendez.