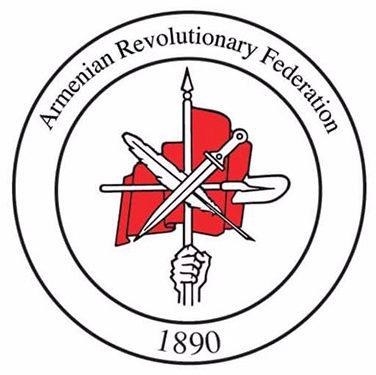 Almost four months have passed since the latest Artsakh War. Many of the critical problems emanating from the war and its aftermath, during this period, not only have not dissipated, but rather have deepened, adding new challenges onto the the existing ones. Four months later, the issues related to prisoners of war and the martyred soldiers still remain unresolved. Azerbaijan continues its unilateral drawing of borders as the Armenian government remains indifferent, while at the same time, an inexplicable retreat is taking place in Artsakh-Armenia relations and in the issue of Artsakh self-governance. Furthermore, negotiations are taking place behind the people’s backs, the secrecy of which raises serious concerns. Reports are circulating about the defeated Armenian authorities making possible economic and other dangers deals with Turks and Azerbaijani, which not long ago launched aggressive military attacks on Artsakh.

The government, which has proven its ineffectiveness over the past almost three years, also has not provided any remedies for overcoming the deepening economic and other crisis in the country. The current situation, which threatens the present and the future of the Armenian nation and its statehood has led to a public outcry, which is being led by the National Salvation Movement.

The authorities are responding to the demand for the resignation of the Prime Minister with anti-democratic actions that suppress the free expression of the public will. Initiating criminal cases against opposition activists, short-term mass arrests, and the use of force have become the official modus operandi for the authorities.

It is a grave concern that the authorities, who have come to power under slogans for democracy, restoring civic order and protecting the rule of law in the country, are actually forming an authoritarian and police state. These concerns become even more alarming given the many aforementioned realities and when the Armenian people and state are confronting serious challenges.

These steps being taken by the authorities who are using slogans of democracy, civil society, and the rule of law in the country, which directly lead to the formation of an authoritarian, police state, are of great concern. Concerns are most alarming when, in the face of the many challenges mentioned above, the Armenian people and the Armenian state face serious challenges.

The Bureau of the Armenian Revolutionary Federation, condemns the authorities for creating the current situation and calls on them to stop further aggravating the situation, to take steps only with the parameters of the law and democracy, to listen to the public and opposition forces who have taken to the streets, as well as similar calls thus far from the President, the two Catholicoi, a significant portion of the Diaspora, intellectuals, cultural, educational and other public figures, and resign from their positions. This leadership, which was defeated by the enemy, rejected by the people, and has lost the moral authority is no longer capable of leading the damaged Armenian ship through the currents to the peaceful and prosperous shores. Only by resigning will there be an opportunity to achieve national solidarity, to restore order in state institutions and the army, to start with new vigor to overcome the military, political and other consequences of the war, and to enter a new stage of strengthening and securing the Armenian state and Artsakh.