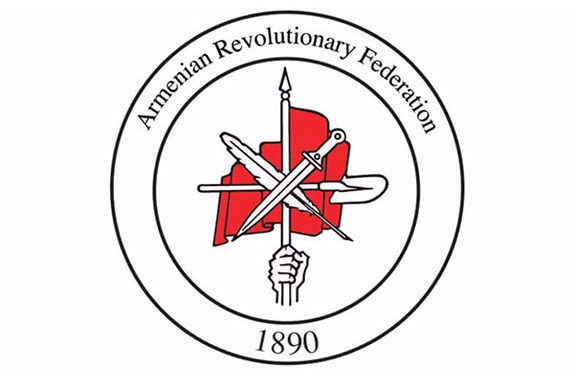 The Bureau of the Armenian Revolutionary Federation has been closely following developments in the region. To this end, if finds the positions and steps taken by the Islamic Republic of Iran in recent weeks on the developments in the northwestern part of that country—which borders Armenia, the occupied territories of Artsakh and Azerbaijan—to be extremely remarkable.

Turkey, which has been destabilizing the region from the Eastern Mediterranean to the South Caucasus and to the Middle East, is now attempting to gain a strategic foothold in the Caspian Sea basin through Azerbaijan. Certain circles hostile to Iran even have openly hinted at providing inter-ethnic clashes in Iran as part of their long-term agenda.

During and as a result of the brazen aggression and war crimes committed against Artsakh, the Azerbaijan-Turkey axis has plunged the South Caucasus into a new maelstrom of geopolitical haggling, which significantly threatens regional security. This latest Azerbaijan-Turkey escapade is, first and foremost, directed against the indigenous peoples of the region, and the states that traditionally wield political influence in this region. According to various reliable publications, Azerbaijan continues to maintain “extremist-Islamist” mercenaries in the occupied territories of Artsakh, and is providing military assistance to other forces.

This latest threat to regional security does not only target Armenia. Therefore, we welcome the military-political will of Iran’s leadership to prevent illegal and dangerous transformations in the region.

We strongly warn the government still in power in Armenia not to try to betray the country again and to not try to establish relations with the allies based on the impetus of “trade.”

The latest attempt of the head of the Armenian government to defame the Armenian Revolutionary Federation is an insult not only to the ARF, which has always worked to strengthen Armenia-Iran relations, but also to Iran, which is being accused of devising its policy based on one article.

The ARF will continues to spare all its capabilities in the Homeland and the Diaspora, including global network, and by leveraging its political relations internationally will protect the rights of the Armenian people and prevent the Turkey-Azerbaijan axis from implementing their criminal intentions.