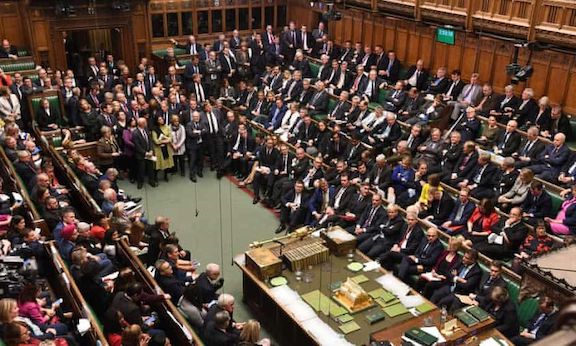 The recognition of the Armenian Genocide by the government of the United Kingdom got a major push on Tuesday, when the country’s House of Commons approved a measure that would require the U.K. Government to formally recognize the “genocide of the Armenians in the period 1915 to 1923 and to establish an annual commemoration for the victims of the Armenian genocide,” the Armenian National Committee of the U.K. reported.

The measure is expected to be taken up by the U.K. Parliament in March, 2022.

“Today is an important day for British Armenians and Armenians across the globe. The first reading of the bill was approved with no objections. Its next reading will take place on March 18,” the Armenian National Committee of the UK said in a Facebook post.

The bill was submitted by Conservative lawmaker Tim Loughton, who chairs the All-Party Parliamentary Group for Armenia, who says that despite the fact that no fewer than 31 countries now officially recognize the Armenian genocide, the UK has still “failed to follow suit”.

“We cannot legitimately call out and stand up to genocide still going on in the 21st century by sidelining and neglecting the genocides of the 20th century,” he told his fellow legislatures. “Refusing to recognize the Armenian Genocide risk conveying a dangerous message of impunity that a crime unpunished is a crime encouraged or downplayed.”

He noted that the bill is strongly supported by members from at least five parties across the House, before adding: “We have the opportunity to do our best to help right an appalling historical injustice and as a leading advocate of human rights on the international stage, send out a clear message that we recognize genocide wherever and whenever it has been committed, as the worst crime against humanity and we will call it helped defend the victims and bring the perpetrators to justice.”

In April, US president Joe Biden formally recognized the systematic killings and deportations of hundreds of thousands of Armenians by Ottoman Empire forces in the early 20th century as “genocide.”

The ANC-UK said the adoption of the bill is important for the Great Britain for a number of reasons. Thus, it will confirm the UK’s commitment to the Convention on the Prevention and Punishment of the Crime of Genocide and its core values.

Also, with the recognition of the Armenian Genocide, the UK will strengthen its commitment to protecting human rights, since impunity for a crime of this magnitude is dangerous and fraught with repetition.
In addition, the United Kingdom, as a global actor, is obliged to recognize the Armenian Genocide, to promote the studying of the Genocide and raising public awareness of crimes against humanity.

“The United Kingdom is one of the few Western countries that did not recognize the Armenian Genocide, which testifies to non-observance of the basic principles of justice. Tim Lawton’s bill allows the UK to correct this injustice,” the ANC-UK said in a statement.