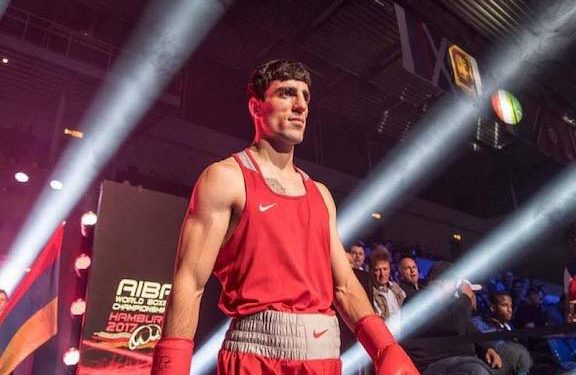 During the boxing (63kg) semifinals Bachkov lost to American Kaishon Davis to clench the bronze.and won a bronze medal at the Olympic Games.

In the quarterfinals, Bachkov won against Uzbekistan’s Elnur Abduraimov, prior to which he had defeated Azerbaijan’s Javid Chalabiyev. Prior to that he beat athletes from Antigua and Barabados.

Bachkov lost to Davis 5:2, with the U.S. boxer getting two points deducted during Friday’s match.

“Bachkov wasn’t doing well at the first round, in other words he was hitting back late. In round two, he did a good job. But in the third round his opponent fighting was very sloppy. Bachkov was unable to use his abilities 100 percent,” Petrosyan told reporters in Tokyo.

“The last time we had bronze in Olympics was in 2008 and we are happy with this result. We’d really want the color of this medal to change. The pandemic greatly impacted our athletes,” Petrosyan.