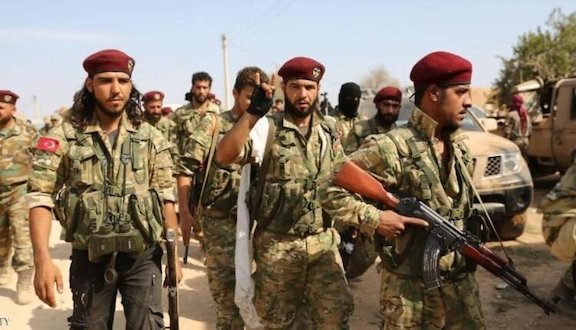 Foreign mercenaries and another 37 Azerbaijani nationals have been charged, with two of the jihadists currently in custody and international warrants have been issued for 35 others.
Armenia’s prosecutor general’s office said that the Azerbaijani authorities, fueled with ethnic hatred, launched premeditated and targeted attacks on the peaceful civilian settlements of Armenia and Artsakh using artillery and drone strikes.

Azerbaijani attacks were an act of aggression—a war—which resulted in the deaths of both servicemen and civilians, who were protected under international conventions, and civilian infrastructures such as residential homes, kindergartens and roads were destroyed.

The Armenian authorities noted that an Armenia SU-25 warplane was shot down while it was flying in Armenian airspace, and the pilot Valery Danelian was killed. Hostile drones breached Armenian airspace and bombed the province of Gegharkunik, hitting residential homes in Sotk, a passenger bus, as well as servicemen on duty. A child was severely wounded when the Azeri military fired on civilians in an agricultural field. A civilian was killed in the bombing of Mets Masrik. The Azeri combat drones even reached the airspace of Kotayk  Province but were shot down by the Armenian air defense.

In Armenia’s south, three soldiers were killed in a bombing and military equipment which was not in combat was hit.

The investigation has gathered evidence that the Azerbaijani military repeatedly tortured, murdered and subjected to inhumane treatment the prisoners of war and other detainees, including civilians both during and after the war. In one case, the Azeri servicemen beheaded an Armenian POW and published photos on the interest.

All cases are under investigation to give individual criminal-legal assessment to the actions of the Azerbaijani servicemen.

There is evidence that the Azerbaijani military vandalized and destroyed Armenian cemeteries and monuments, including churches both during and after the war.

Evidence includes facts that Azerbaijan pre-planned the war back in June 2020 and recruited more than 2,000 Syrian mercenaries and deployed them via Turkey. Azeri authorities transferred payments namely to the Suleyman Shah and Sultan Murad terror groups.

Another criminal case concerns the downing of a Russian gunship over Armenian airspace by Azerbaijani military on November 9, 2020, which killed two pilots and wounded another one.