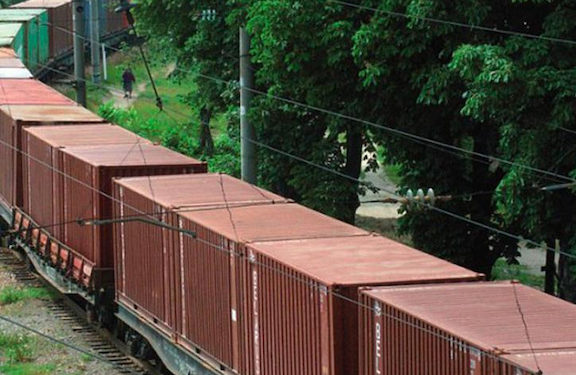 As Russia reported “major progress” in negotiations on establishing transportation links between Armenia and Azerbaijan, a senior Armenian official warned that the initiative will require billions of dollars in investment.

Overchuk leads a working group along with his Armenian and Azerbaijani counterparts to plan the eventual “unblocking” of regional communications as noted in the November 9 and January 20 agreements signed by the leaders of Russia, Armenia and Azerbaijan.

The Russian official told Pashinyan that road construction experts from Russia have examined transport infrastructures of Armenia and Azerbaijan and have presented their findings to the task force.

“So we now have a very good understanding of what really exists on the ground, the state of roads,” Overchuk said. “Based on that knowledge … it seems to us that we are getting close to concrete decisions, which are first and foremost based on the notion that the countries will retain sovereignty over roads passing through their territory,” reported Azatutyun.am.

Despite ongoing negotiations on the transport links, Azerbaijan’s President Ilham Aliyev has been advancing the creation of he calls the “Zangezur Corridor,” which would link mainland Azerbaijan with Nakhichevan through Armenia. Armenian officials vehemently have rejected this, saying that the agreements only call for opening of transportation links and do not envision a corridor. However, since May, Azerbaijani forces have breached Armenia’s sovereign territory and have advanced their positions in the Gegharkunik and Syunik provinces.

“I have the impression that Azerbaijan is trying to impose its perceptions on the working group, and that is certainly unacceptable to us,” Pashinyan told Overchuk during welcoming remarks before the meeting.

Armenia’s National Security Chief Armen Grigoryan told the Factor.am news agency that the reopening of transport communications between Azerbaijan and Armenia will require investments of billions of dollars.

He said officials from Russia, Armenia and Azerbaijan are discussing the reopening of the railway communication across the region.

“There is a road from Horadiz to Meghri for the railway infrastructure, but there are no rails; therefore, large investments are needed to reopen it; also some clarity is needed in order to move forward,” he said.

As Armenia and Azerbaijan are negotiating the opening of transport links, the two countries are simultaneously engaged in efforts to demarcate and delimit the borders of their countries.

Yerevan, however, said that those talks are not being held.

“As long as there are no [border] delimitation negotiations it is too premature to speak about what maps and documents we will be guided by,” Armenian Deputy Foreign Minister Vahe Gevorgyan told reporters on Thursday. “When such negotiations start we will address those issues.”