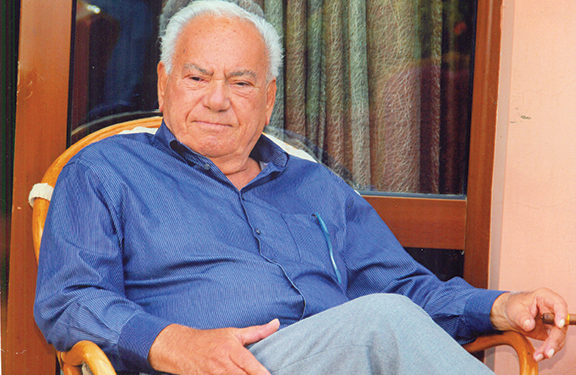 The management, editorial board and the staff of Asbarez were deeply saddened to hear about the passing of community benefactor and long-time Asbarez supporter Henry Khachaturian—known to many as Hank Torian—who died on May 11 in San Francisco. He was 90.

Funeral services for Khachaturian will be held at noon on Saturday, May 22, at the St. Gregory the Illuminator Armenian Apostolic Church. A private internment service will follow.

With his family hailing from Van, Khachaturian was born in Rostov, Russia in 1931. He came to the United States after living in Tehran and settled in Hillsborough, Calif. There, he and his wife, Rita, raised their family.

Khachaturian was a titan of business and believed in the American dream. He started out as a used car salesman and very quickly advanced in the business by buying the dealership where he was employed. Soon after he acquired several more dealerships and by 1997 was the largest privately held chain of auto dealerships in the San Francisco Bay Area. That same year, Automotive News ranked him as one the top 20 car dealers in the United States. Having established great success by 1999, he sold off a bulk of his holdings and kept a few of his dealerships, continuing to be active up until his death.

His Holiness Aram I Catholicos of the Great House of Cilicia bestowed the “Prince of Cilicia” medal to Khachaturian in recognition of his philanthropy and generosity in the Armenian community.

Through his car dealership, Khachaturian sponsored the Armenian Radio Hour in San Francisco, ensuring that the community was informed and entertained through the program.

He is survived by his daughters, Daphne and Natasha; his sons-in-law, Bruce and Ahmed; and four grandchildren, Samantha, Charlie, Henry and Jasmin.

The management, editorial board and staff of Asbarez mourns Khachaturian’s passing and offers its condolences to his family, relatives, friends and the community.

The Armenian Cultural Foundation Board of Directors is saddened to hear about Hank Torian’s passing and offers its condolences to his family, relatives and friends.

Western Prelate Bishop Torkom Donoyan, the Prelacy Religious and Executive Councils, upon hearing the sad news of the passing of Henry “Hank” Khachaturian, express their deepest condolences to his daughters Daphne and Natasha, his grandchildren and extended family.

Henry was awarded the “Prince of Cilicia” medal by His Holiness Aram I, Catholicos of the Great House of Cilicia. He was a long time benefactor of the Prelacy, the St. Gregory Church of San Francisco, the community at large and the main donor of Khatchaturian Armenian Center.

May the Lord grant peace and solace to his family and may his memory remain ever-blessed.