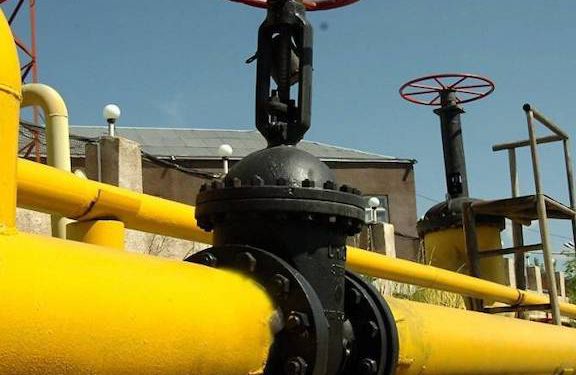 Following delays in repairing a damaged pipeline that supplies natural gas to Artsakh, Azerbaijan cut off the flow of gas to the area again on Tuesday, the Artsakh information center reported.

“We have sufficient grounds to claim that during the repair of the gas pipeline that exploded on March 8, the Azerbaijani side installed a valve, through which it stopped the gas supply hours ago. Azerbaijan uses the unfavorable weather conditions for creating additional humanitarian problems for our population and resort to a criminal step,” a statement by the information center stated.

On March 8, the pipeline which carries gas from Armenia to Artsakh was damaged. The pipeline, located near Shushi is in an area that was surrendered to Azerbaijan following the 2020 Artsakh War. Despite mediation by Russian peacekeepers, the repair of the line was continuously delayed by Azerbaijan until late week when it was reported that repairs had begun. Gas began flowing to residents of Artsakh on Saturday, only to be halted again on Tuesday.
The command of the Russian peacekeeping force stationed in Artsakh was immediately informed about the situation, together with the Artsakh authorities they are taking appropriate steps to restore the gas supply.

As Artsakh residents were bracing for the unusually cold weather in the region, they were urged to curb their electricity consumption to avoid possible outages, said the statement.

“Azerbaijan’s actions can be considered humanitarian terrorism,” said a statement by Artsakh’s foreign ministry. “They grossly violate human rights, the norms and principles of international humanitarian law, which is foreign to the norms of morality in any way.  This heinous act is another demonstration of hatred and xenophobia.”

“Azerbaijan’s misanthropic steps cannot affect the will and determination of the people of Artsakh. We will continue to live and create in our historical homeland, develop and strengthen our independent statehood,” added the statement.

“We consider this an outrageous policy of systematic violence against the Armenians of Artsakh inadmissible. The current situation necessitates a clear response from the international community to prevent a humanitarian crisis, as well as the immediate and unhindered involvement of international humanitarian organizations in Nagorno-Karabakh,” the foreign ministry said in a statement.

The Human Rights Defenders of Armenia and Artsakh, Kristinne Grigoryan and Gegham Stepanyan issued a joint statement calling on international human rights organizations to apply pressure on Azerbaijan and deter its “gross and continuous human rights violations against the Armenians of Artsakh.”

They said that cutting of the gas supply and other actions have become instruments of “petty revenge” within Azerbaijan’s policy of ethnic cleansing of Artsakh Armenians.

“The analysis of reliable facts reveals that during efforts to restore the pipeline—or under the guise of reconstruction—the Azerbaijanis installed a valve on the gas pipeline to terrorize the peaceful population of Artsakh and to leave them without heating, hot water, and other basic conditions necessary especially during cold weather conditions, by shutting it off it at any given time,” said the human rights defenders.

“The gas supply that was restored on March 18 lasted less than 3 days. In these severe winter weather conditions, children, the elderly, the sick and displaced persons of Artsakh are deprived of heating. People are facing undefinable difficulties. The humanitarian crisis in Artsakh is ongoing,” added the statement.

“For us there is not doubt that Azerbaijan is deliberately continuing its state policy of terrorizing and pressuring the population of Artsakh. Their goal is the same—the annihilation and ethnic cleansing of Artsakh from its indigenous Armenian population,” emphasized the human rights defenders.

“This shameful act of revenge toward the more than 100,000 Armenians is unacceptable. This state policy best describes the false and empty promises of ‘tolerance’ declared by Azerbaijan,” said the statement.

“We strongly condemn this ongoing practice of ethnic hatred and revenge by Azerbaijan toward the people of Artsakh,” said Grigoryan and Stepanyan. “We call on international human rights organizations and key players to put pressure on Azerbaijan in order to halt this gross and continuous human rights violation,” the statement said.

Yerevan Accuses Baku of Creating a Humanitarian Crisis in Artsakh

AUA Launches Bachelor of Science in Environment and Sustainability Science