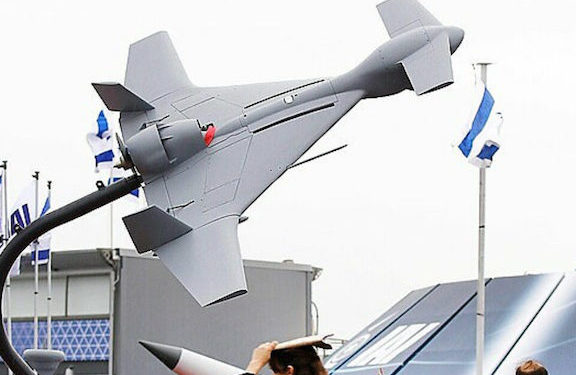 Citing fears of another war in Karabakh, Azerbaijan is reportedly in negotiations to purchase $2 billion more in weapons from Israel.

The Israel Hayom (Today) news site reported on Thursday that Azerbaijan is negotiating to sign contracts with Israeli defense companies. One of the factors for the new deal, the news site suggests, is the growing exchange of fire on the Armenia and Azerbaijani border, which could result in full-blown war.

The second factor, the site said, is the growing relations between Israel and Azerbaijan since last fall’s 44-day war, as well as “the historic opening of the Azerbaijan Chamber of Commerce and Tourism in Israel.”

Beyond this deal, Baku is currently negotiating with Israeli companies from various sectors, as well as Azerbaijan’s Defense Ministry cargo planes that are transporting all types of ammunition, including ballistic missiles and aircraft, and landing at Israel-based airport all the time, including in recent days. Israel Hayom reported that the transport deals alone, which are expected to be signed in the coming months, are worth hundreds of million of dollars.

The news site said that the defense contract would further cement relations between Baku and Tel Aviv “despite pressure from Armenia and through the Armenian lobby around the world against arms deals between Israel and Azerbaijan.”

The recent establishment of the the Azerbaijani Chamber of Commerce in Tel Aviv indicates that Baku’s ambition is for the new missions in Israel to further relations.

Also on Tuesday, an independent commentator in Turkey, Oğul Tuna, said that the establishment of Azerbaijan’s trade and tourism bureaus was one step before the opening of an Azerbaijani embassy in Israel, reported Israel Hayom. If this does materialize, Azerbaijan will become the second Shiite-majority country to have an embassy in Israel. On March 30, Bahrain opened its first embassy in the Jewish State.

1.3 Tons of Cocaine Seized in Brazil on Jet Linked to Erdogan