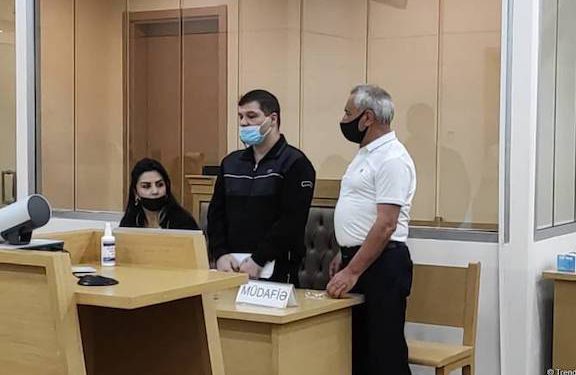 YEREVAN (Azatutyun.am)—In a ruling condemned by Armenia, a court in Azerbaijan sentenced a Lebanese-born Armenian national to 20 years in prison on Monday seven months after he was detained by Azerbaijani forces in Nagorno-Karabakh.

The 41-year-old man, Vicken Euljekjian, travelled to Karabakh with a Lebanese-Armenian friend, Maral Najarian, on November 10 hours after a Russian-brokered ceasefire stopped last year’s Armenian-Azerbaijani war. They were detained in the Karabakh town of Shushi and taken to Baku.

Euljekjian, who lived in Shushi and worked as a taxi driver before the war, was accused of being a terrorist and mercenary and illegally entering Azerbaijan. Najarian risked similar accusations before being released and repatriated in early March.

Euljekjian, who has dual Armenian and Lebanese citizenships, was found guilty after a short trial condemned by Armenia’s government and human rights groups as a travesty of justice.
Liparit Drmeyan, an aide to Armenia’s representative to the European Court of Human Rights (ECHR), said Euljekjian did not have access to lawyers chosen by him and the Azerbaijani authorities failed to substantiate the charges leveled against him.

Drmeyan said the Armenian government will appeal against the verdict in the Strasbourg-based court. “We are convinced that Azerbaijan has violated Viken Euljekjian’s rights,” he told RFE/RL’s Armenian Service.

Euljekjian is one more than 100 Armenian soldiers and civilians believed to remain in Azerbaijani captivity. Yerevan regularly demands their immediate release, citing the terms of the truce agreement.

Baku has branded the remaining Armenian detainees as “terrorists” not covered by the agreement. At least 42 of them are facing what the Armenian Foreign Ministry condemned last week as “trumped-up criminal charges.”