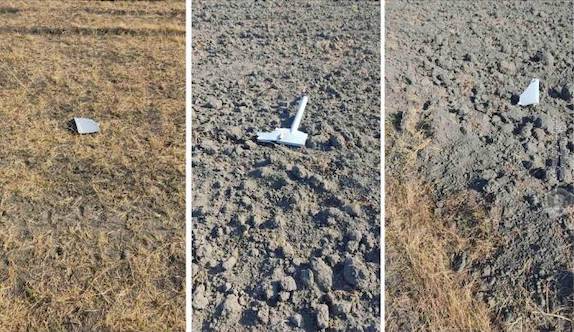 The incident took place at 11 p.m. local time on Thursday when the drone was identified over Armenia’s Gegharkunik Province.

Upon inspection of the wreckage the defense ministry said that drone was Aerostar UAV, manufactured by the Israeli Aeronautics Defense Systems.

The drone crashed 3.5 kilometers (over 2 miles) north of the Vanevan village in the Gegharkunik province, said the defense ministry.

On Friday, Azerbaijani armed forces, once again, violated the fragile ceasefire agreement mediated by Russia on Wednesday when they opened fire on Armenian positions in Yersakh, which is located in Armenia’s Ararat Province.

“Beginning at 11:20 to 11:30 [a.m. local time], Azerbaijani units opened fire from sniper rifles and various caliber firearms at Armenian positions located in the Yeraskh section of the border,” said Armenia’s defense ministry on Friday, adding that there were no casualties.