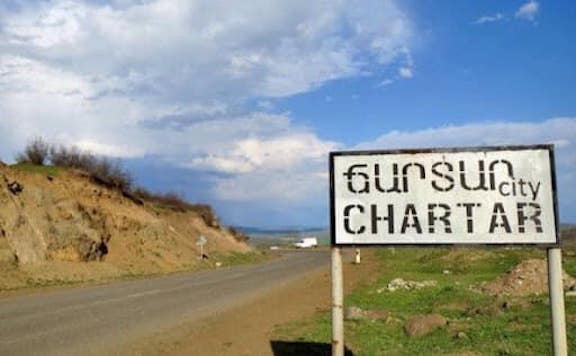 Azerbaijani forces on Friday captured and killed a 65-year-old Artsakh resident, who had accidentally veered into occupied Azerbaijani territory while shepherding his cattle.

Seyran Smbat Sargsyan (b. 1956), a resident of the Chartar village in the Martuni region of Artsakh was shot when he wandered into territory now under the control of Azerbaijani forces, the Artsakh foreign ministry reported.nt.

“Such a terrorist and barbaric act is a manifestation of the state-sponsored genocidal and anti-Armenian policy in Azerbaijan, which was carried out at the instructions of the highest authorities of Azerbaijan. A proof of this is the false statement spread by the Ministry of Defense of Azerbaijan, which justifies the terrorist act of the Azerbaijani military,” added the Artsakh foreign ministry.

“Official Baku’s conduct is a gross violation of international law, international humanitarian law, disrespect for all the agreements reached and is aimed at intimidating the people of Artsakh and forcing them to leave their homeland,” explained the ministry, adding that Azerbaijan’s aggression “is also a major blow to Russia’s peacekeeping mission.”

In condemning Sagsyan’s killing, the Artsakh Foreign Ministry also called on the international community to provide an “adequate assessment to the unbridled actions of Azerbaijan.”

“We strongly condemn and consider the killing of a civilian by the Azerbaijani Armed Forces in gross violation of international humanitarian law inadmissible,” Armenia’s Foreign Ministry spokesperson Vahan Hunanyan said in a statement on Friday.

“It is worth noting that the attacks and acts of terrorism against the Armenian civilian population of Artsakh have become systemic, which is the result of justifying previous similar crimes committed by the Azerbaijani Armed Forces with baseless motives by Baku, which leads to a recurrence of such behavior,” said Hunanyan.

“The recent atrocities committed by the Azerbaijani armed forces against the civilian population of Artsakh are a continuation of Azerbaijani authorities’ policy of anti-Armenianism, eviction and ethnic cleansing of Artsakh, which once again proves that guaranteeing the physical security and right to life of Artsakh Armenians is impossible under Azerbaijani jurisdiction,” added Hunanyan, who urged for a proper investigation of this and previous Azerbaijani attack on civilians, adding that “bringing the perpetrators to justice can create the preconditions for preventing similar crimes in the future.”