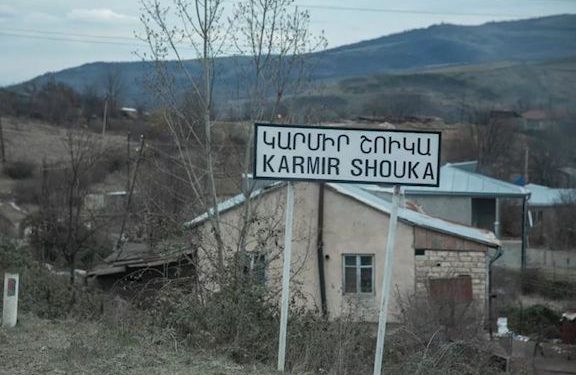 “According to preliminary data, no casualties have been reported,” Sargsyan said, adding that the Russian Peacekeeping command had been notified.

It was in the Karmir Shuka region that on Tuesday, Azerbaijani forces, accompanied by Russian peacekeepers, returned the remains of 11 people who were killed during last year’s Artsakh War.

The remains will be identified through forensic examinations, according to Artsakh’s Emergency Situations State Services.

Remains of 1,697 Armenians—including civilians—have been confirmed as a result of search operations and exchange of dead bodies since November 13, 2020.