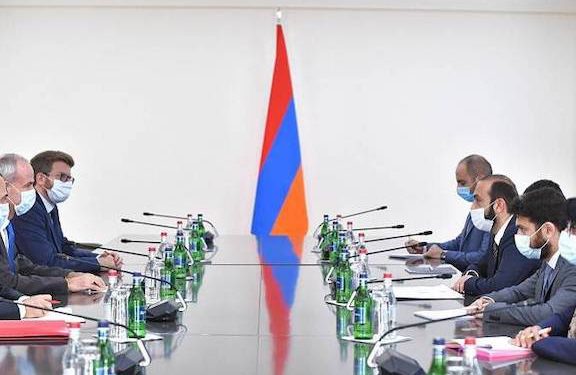 Armenia’s Foreign Minister Ararat Mirzoyan told a delegation of the International Committee of the Red Cross, headed by its Vice President Gilles Carbonnier, that Azerbaijan is concealing the actual number of Armenian prisoners of war and other captives, including the location where they are being held.

Mirzoyan said that despite evidence presented by Armenia, Azerbaijan’s concealing of the true numbers of captives “creates serious grounds for assuming that there are cases of forced disappearance,” adding that Azerbaijan is violating not only the Geneva Convention, but also the provisions of the November 9 statement.

The Armenian Legal Center for Justice & Human Rights announced that it has filed 16 new cases of “enforced disappearances” before the European Court of Human Rights on behalf of 20 Armenian individuals who have disappeared while in Azerbaijani captivity.

During the meeting, Mirzoyan said that the ICRC is the only international organization currently operating in Artsakh and providing assistance to the affected and displaced population there.