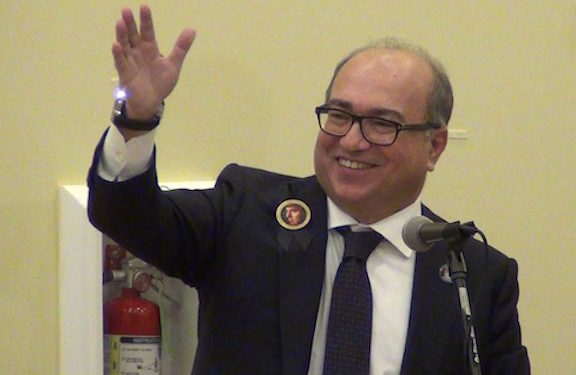 Long-time activist and a leader in various community organizations, specifically the Organization of Istanbul Armenians, Edvin Minassian passed away on Tuesday, losing a valiant battle to cancer.

Hailing from Istanbul and calling Los Angeles home, Minassian was an influential leader in the Istanbul-Armenian community. He played a pivotal role in introducing the Armenian-American community to Hrant Dink, the venerable journalist and editor of the Agos newspaper who was assassinated in 2007.

Seeking justice for Dink, as well as the burgeoning democratic movement in Turkey, propelled Minassian to become an authority in all things related to the Armenian community in Turkey, adding their invaluable voice to our community’s daily discourse and ensuring that plight of that community becomes part of the continued pursuit for the just aspirations of the Armenian people.

Minassian also served as chairman of the Organization of Istanbul Armenians in Los Angeles, shepherding that community’s involvement as an integral part of the Western U.S. Armenian-American reality.

A consummate activist, Minassian advocated for and, through his work, advanced unity and the need for collective action to advance the Armenian Cause.

An attorney by profession, Minassian was a leader in the Armenian Bar Association, serving as the organization’s chair for several years and was part of a new generation of leaders who pivoted the organization toward the advancement of Armenian issues through international legal processes.

Minassian’s passing will leave a void in the ever-progressing Armenian-American community, especially in the Western U.S.