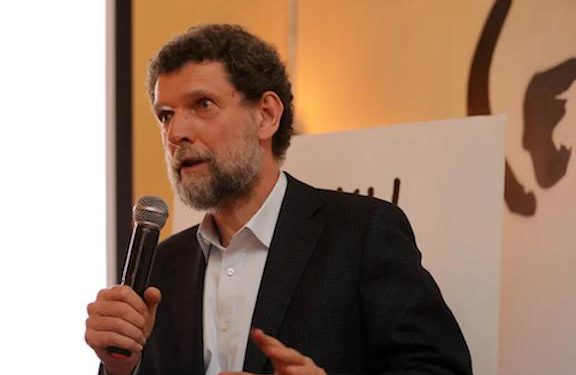 A European human rights watchdog told Turkey on Friday it was preparing “infringement proceedings” over its failure to release imprisoned philanthropist Osman Kavala, a move that could lead to Ankara’s suspension from the body, Reuters reported.

The Council of Europe’s warning, issued in line with a 2019 ruling from the European Court of Human Rights (ECHR), prompted Turkey to accuse the Strasbourg-based body of meddling in the workings of its independent courts.

Last week a Turkish court ruled to keep Kavala in prison, extending his four-year detention without conviction in a trial which has added to strains in Ankara’s troubled relations with its Western allies.

“By failing to ensure the applicant’s immediate release, the Committee (of Ministers) considers that Turkey is refusing to abide by the Court’s (ECHR’s) final judgment in this case,” the Council of Europe statement said.

The Council asked Ankara to submit its view on the case by Jan 19, 2022 and the issue will be referred to the ECHR at its subsequent meeting on Feb. 2, it said.

The ECHR ruled in 2019 that Kavala’s detention was political and called for his immediate release over a lack of reasonable suspicion that he committed an offense and ruling his detention served to silence him. Turkey has not complied with the ruling.

The Council’s Committee of Ministers, which oversees implementation of ECHR decisions, has repeatedly called on Turkey to release Kavala in line with the ruling.

“(We) invite the CoE to refrain from continuing with this decision that will have the quality of interfering with the independent judiciary,” it said.

Kavala’s trial has been criticized as politically motivated and symbolic of a crackdown on dissent under President Tayyip Erdogan. The government rejects this and says Turkey’s courts are independent.

The CoE also urged Turkey to ensure the immediate release of Kurdish politician Selahattin Demirtas, ex-leader of Turkey’s third largest parliamentary party, who has been jailed pending trial since November 2016 on terrorism-related charges.

The Council of Europe, established after World War Two, has limited powers. Its Committee of Ministers is composed of the foreign ministers of the organization’s 47 member states.