CSTO Claims it Offered Support to Armenia, Including Deployment of Border Mission 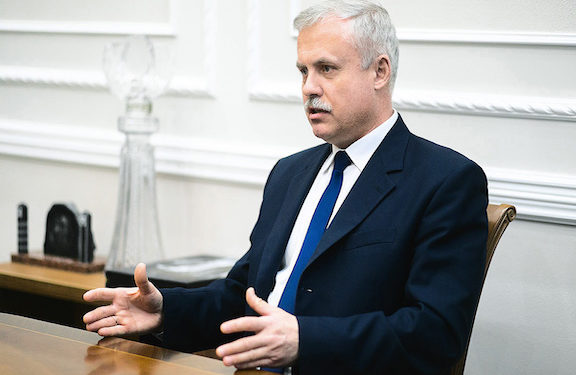 Stanislav Zas is the CSTO Secretary-General

The Secretary General of the Collective Security Treaty Organization Stanislav Zas said that the group has offered “an entire package” to support member-state Armenia, including the deployment of a mission to the border with Azerbaijan to assess the situation.

During the CSTO summit in Yerevan last week, Armenian Prime Minister Nikol Pashinyan refused to sign the CSTO Collective Security Council declaration and the agreement envisioning the organization’s assistance for Armenia. Pashinyan said the draft documents are insufficient given the existing risk of renewed Azeri aggressions. The documents were sent for revision.

“The situation is not easy, first of all on the border of Armenia and Azerbaijan,” Zas told the Belarus-based OHT TV. “Shootings happen there almost every day. Generally, the package of actions which the CSTO is offering Armenia – while the actions vary – are both political-diplomatic and military, including the deployment of a mission to the border where it would realistically assess the situation, has overall received support from all states.”

The Secretary General said that the only thing that could not be reached during the organization’s summit was “a united assessment of the current situation.”

Zas added that during the summit in Yerevan the focus was on the situation developing in both the global arena and in the CSTO area of responsibility’s three security regions – Eastern Europe, Caucasus and Central Asia.

“If we were to generally assess the situation in the Caucasian region, then the trends which are currently developing there inspire cautious optimism. All participants are seeking to achieve peace in the region, the signing of a peace treaty, legal registration of existing borders, unblocking of transport connections…Regional countries are headed this way, which is very good,” he said.

The Secretary General of the CSTO said that the “highly prepared” document for providing CSTO response to Armenia in relation to the tension with its border with Azerbaijan is generally agreed upon, however some points require amendments.

ANCA Calls for Close Senate Scrutiny of Next U.S. Ambassador to Armenia