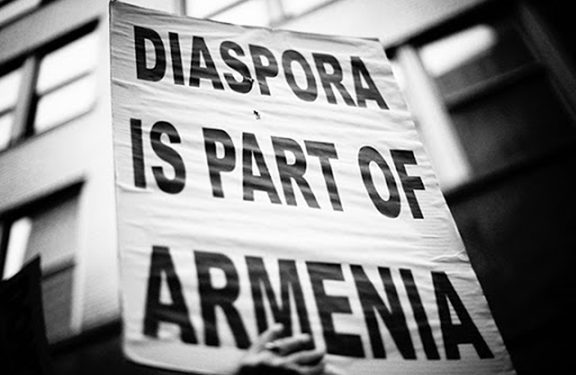 While in the age of the coronavirus pandemic and its calamitous implications it might seem a bit indiscreet to focus on issues that do not address the immediate crisis, it is nevertheless beneficial to explore certain topics of national interest whose relevance must be sustained in service to exploring and finding long-term solutions. In this respect, the Diaspora-Armenia relationship continues to be a topic that requires further refinement and crystallization.

The paradigm embraced by respective governments vis-à-vis the Diaspora from the day we became an independent republic indicates, at best, a lack of understanding of the Diaspora. Sadly, instead of taking the necessary steps to correct the course, structural solutions were sought to effectuate change, the net result of which has been the perpetuation of a broken system. And with the current administration, the decision to dismantle the Ministry of Diaspora all together has brought us to a new threshold, that of a more stagnant point as it relates to an Armenia that transcends borders and functions with its absolute and full potential.

It is really secondary and irrelevant what the structure is. When the underlying understanding lacks and the structure is built on a false premise, it will then undoubtedly falter, as it has over the decades since Armenia’s independence. A dichotomous and hierarchical understanding of the relationship between the Republic of Armenia and the Diaspora flies in the face of historical reality. The diasporic identity has formed in the context of survival, which by definition is adaptive and hence designed to accustom to its environment. This aspect of the diasporic identity is flexible, assimilatory, pragmatic, goal-driven, and absent of much nationalism. At the same time, the diasporic identity has also developed in the context of a sociocultural anchor, where ethno-racial identity serves as a common thread that gives individual experiences a collective framework. This aspect of the diasporic identity is expressed through a vast, multilayered, multifaceted organizational network where the individual yearning for community is translated into a national aspiration. As noted above, these organizational networks or structures are vast, highly organized, multilayered and multifaceted. As such, they have an impact on the individual narrative to varying degrees and serve as overarching barriers against acculturation and to some degree assimilation. The diasporic identity assumes a continuous evolutionary flow and is never static. Any linear definition of it would be false and misleading. For instance, a journalist in Armenia recently suggested that the diaspora can be divided into “institutional” and “non-institutional” entities, hence Armenia-Diaspora relationships can be understood based on this notion. This, at best, indicates a naïve understanding of the diaspora, not to say one that deeply undermines its rich historical evolution. Individual membership in any diasporic organization cannot define a diaspora along some binary scheme because diasporic organizations do not fit the traditional concept of an “institution.” The genesis of the diaspora is, above all, an experience which has ultimately evolved into a highly sophisticated, community-driven infrastructure that is reflective of this experience. Therefore, traditional structural markers do not apply to the Armenian Diaspora as they would to a nation-state. Hence, conceptual misapplications, such as “institutional” versus “non-institutional,” or statistical attributions, along the lines of percentages of individuals who are members of this or that organization or political party, could only lead us down the wrong path. There are zones of influences and community-driven “rules” and “protocols” of political engagement that make the simplistic interpretation of the diaspora an obstacle to any long-term and constructive cooperation between Armenia and the diaspora. The diasporic organizational networks are invariably a part of any unassimilated individual’s ethno-racial identity in the diaspora. Organizational membership plays a role in the degree of involvement and activism; however, it does not define the national identity of the individual in the Diaspora. Diaspora cannot be understood unless it is viewed systemically, as a gestalt, and not as simply something that can be deconstructed into a series of unrelated parts.

The Diaspora-Armenia relationship should start from a perspective of mutual respect. A willingness to understand the historical reality, the dynamics involved, and Diaspora’s place as an independently functioning, empowered, highly sophisticated national force that needs to be systemically integrated into the new reality of Հայոց Աշխարհ rather than be perceived as a tool of bilateral cooperation. In the initial years when Armenia had become an independent republic (after the immense calamity of the Spitak Earthquake and the continuing Artsakh conflict), one may call it its formative years, it was necessary for a unified Diaspora to engage in a supportive role. In those years, survival trumped all else. In the following years of relative stability and expansion however, it was necessary for this relationship to evolve into a higher plane, one where at least an identifiable road map could be achieved that leads to a boundless nation anchored by a nation-state. A Հայոց Աշխարհ based on mutual respect, genuine appreciation of diversity, parity, equality, equitability, intranational democracy, and so forth. Unfortunately, we were not able to move beyond the benefactor-beneficiary relationship which over time achieves nothing more than mutual resentment and distrust, be it overt or covert. Unfortunately, the Ministry of Diaspora and now the reformulated office of the High Commissioner were not able to become agents of positive change or catalysts/facilitators in this regard.

The Diaspora, as a vibrant and dynamic socio-cultural and political entity, is clearly misunderstood. Furthermore, policymakers and influencers in the government of the Armenian Republic continue to propose structures and action plans that aim at “organizing” the Diaspora and defining its role in the larger context of the Armenia-Diaspora relationship when there still is a real confusion as to where the road is in the first place. I have yet to see one proposal that is objective, evidence-based, that even makes an attempt to synthesize a significant number of studies that have looked at various aspects of the complex Diasporic experience. To make things even more complicated, many of the conclusions drawn by individuals in the Diaspora are also far from being evidence-based and therefore often misguided. It is important to resist the urge to propose solutions before a comprehensive understanding of the dynamics that have brought our people to this important and exciting juncture in history is reached.

Notwithstanding lessons learned from the past, effective change requires a forward-looking vision. A shift in the social order can bring about significant and long-lasting change if the past, which instigated the shift in the first place, is, at some point, permanently laid to rest and a clear vision of a new future emerges. A vision that aims at achieving real unification, at leveraging our capabilities and resources, and at maximizing our potential as a nation. As we once again remember the independence, against all odds, of our first Republic, we must ensure that our choices reflect our hopes and our actions reveal those hopes. Otherwise the shackles of the past rather than our vision for the future will define us.

Dr. Viken Yacoubian is a member of the Armenian Revolutionary Federation Bureau.

IDC, ANCA, and HALC Statement on the Hagia Sophia