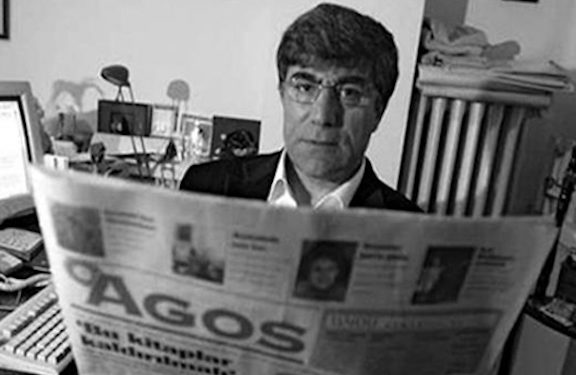 The family of slain editor-in-chief of Turkish-Armenian daily Agos, Hrant Dink, will get a compensation of 1.5 million Turkish liras (about $168,000), as the Council of State upheld a decision of Istanbul’s 6th Administrative Court.

Dink’s widow, Rakel Dink, and her children had filed a lawsuit seeking damages totaling 1.5 million Turkish liras, including 500,000 liras for financial and 1 million liras for non-financial damages, saying that the Ministry of Interior had serious fault and responsibility in Hrant Dink’s murder.

The Istanbul 6th Administrative Court pointed out that Hrant Dink was targeted due to the articles he wrote and were published in the Agos Newspaper, which provoked some ultra-nationalist groups to react. The court added that his right to life was in clear and imminent danger, and therefore, protection measures should have been taken without waiting for his request. It ruled that there was no room for doubt about the administration’s fault in protecting Dink’s right to life.

Turkey’s Interior Ministry appealed the court’s ruling at the Council of State, which unanimously upheld the court’s decision.

Dink was assassinated on January 19, 2007 as he was entering the editorial offices of Agos.