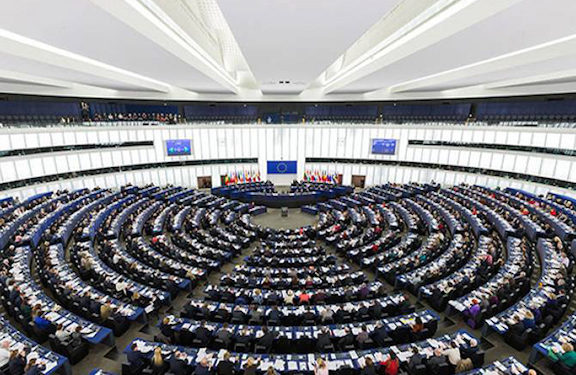 Condemns Ankara’s overt support of Azerbaijan in its aggressive attack on Artsakh, including sending mercenaries to fight

The European Parliament on Wednesday reaffirmed its recognition of the Armenian Genocide with a resolution passed by the body that also urged Turkey to end its anti-Armenian propaganda and hate speech directed at Armenians, Armenia’s Embassy in Belgium reported.

Wednesday’s measure further reaffirmed the body’s commitment to justice, by placing a spotlight on Turkey’s overt intervention in last fall’s Karabakh War.

Furthermore, it also decried that Turkey sent Syrian and other mercenaries to Nagorno Karabakh, which has been confirmed by the OSCE Minsk Group Co-chairing countries.

Wednesday resolution-report also called on the European Union and its member states to including the extremist Turkish “Grey wolves” in the EU list of terrorist organization and ban the activities of its branches in EU member states, “as well as to attentively monitor their activities and counter their possible actions which are mainly a threat for the citizens of Armenian, Kurdish or Greek origin.”