Excavations Aim to Uncover Hidden Past of Ani 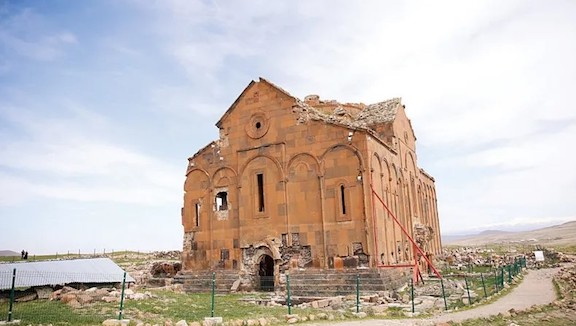 One of the many churches in Ani

Turkish archeologists have renewed their excavations in the ruins of Ani, a UNESCO World Heritage site. This year the work continues in four different areas. The ancient pieces that will be unearthed will be displayed at the Kars Museum, the Duvar English reported.

Ani, situated next to Turkey’s closed border with Armenia, was the capital of the medieval Armenian kingdom of the Bagratides in the 10th century.

Also called “the world city,” “the city of 1,001 churches,” “the cradle of civilizations” and “the city with 40 doors” the ancient city was added to UNESCO’s World Heritage List in 2016.

According to the source, the new excavation works will further uncover the hidden history of the ancient city. Planned to last for 12 months, the works are carried out under the partnership of the General Directorate of Cultural Heritage and Museums of the Ministry of Culture and Tourism and the Kafkas University.