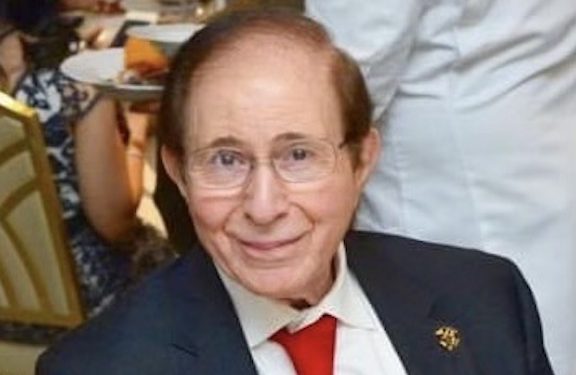 The Fresno Armenians and the entire Western United States Armenian community mourn the passing of long-time activist and community benefactor Garo Gureghian who died on Wednesday.

The son of late Asbarez editor Melik-Shah, Garo Gureghian and his wife Alice made a donation of $300,000 to the Fresno Armenian Community Center—the Asbarez Center—in 2014. Subsequently, in 2015, the Armenian Cultural Foundation honored  the couple during the organization’s annual gala.

In 2017, a capacity crowd of more than 400 community members gathered for the grand re-opening of the Fresno Armenian Center, which was rechristened the Garo and Alice Gureghian Armenian Cultural Center.

Mr. and Mrs. Gureghian were on hand and ushered community leaders in the ribbon-cutting ceremony.

A part of the donation was used for much-needed renovations to the center, which has been the heartbeat of the Fresno community for generations and housed the Asbarez editorial offices, when the newspaper was published in Fresno. Another part of the sum was bequeathed to the Fresno Center for future projects.

Since the couple did not have children, they viewed all youth, be they members of the Homentemen, the Armenian Youth Federation or its junior organization as their own children. They made their generous donation to ensure that future generations of Armenian youth would have a wholesome and equipped center to call home and advance their activities.

Garo Gureghian’s father, Melik-Shah, served as editor of Asbarez from 1949 to 52 and returned to the position in 1969 until 1970 when Asbarez relocated its operations to Los Angeles.

Condolences
The Armenian Revolutionary Federation Western U.S. Central Committee conveys its sincerest condolences to Alice Gureghian on the passing of her husband, Garo Gureghian, as well as his relatives, friends and the entire Fresno Armenian community.

The Armenian Cultural Foundation mourns the passing of Garo Gureghian and offers its heartfelt condolences to his wife Alice Gureghian, relatives and friends.

The management, editorial board and staff of Asbarez extend their heartfelt condolences to Alice Gureghian on the passing of her husband.