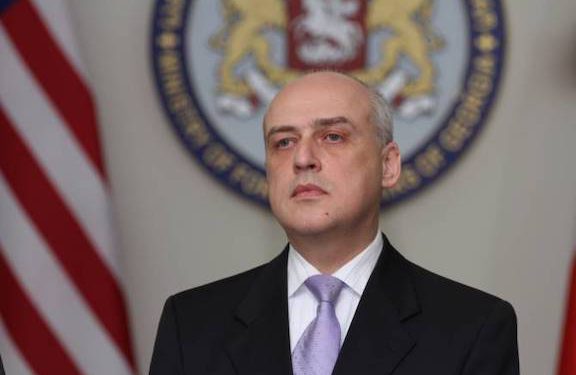 Georgia has refused to take part in a scheme by Turkey and Azerbaijan to create a regional block involving Georgia, Armenia, Azerbaijan, Russia, Turkey and Iran, which has come to be know as the “3+3” platform for the South Caucasus.

“Georgia cannot take part in a geopolitical project with Russia,” said Georgia’s Foreign Minister Davit Zalkalani on Friday when announcing Tbilisi’s decision to not take part in the scheme.

He said he had already expressed his country’s position during conversations with Baku and Ankara.

The proposed scheme envisions the opening of transport routes between the six countries with Turkey and Azerbaijan aiming to create an economic and geopolitical power base in the region.

Moscow has shown a tacit interest in the scheme, possibility with aim of wanting to regain its foothold in Georgia.

Zalkaliani also emphasized that balanced relations with neighboring countries is a foreign policy priority for Georgia and mentioned that Tbilisi had created conditions for the unobstructed transfer of humanitarian cargo in the conflict zone on the Armenian-Azerbaijani border.

“Due to the escalation in the region, we clearly led a balanced policy on the conflict. There was an immediate response to the transfer of military cargo and transit traffic. In a sense, this contributed to de-escalation. Georgia’s active contacts with the two neighbors were very important,” Zalkaliani added.

The Georgian foreign minister said despite rejecting the “3+3” scheme, Tbilisi was interested in being represented in large geopolitical projects.