In Memoriam: Patriarch of Sohbatian Family Passes Away

by Contributor
in In Memoriam
0 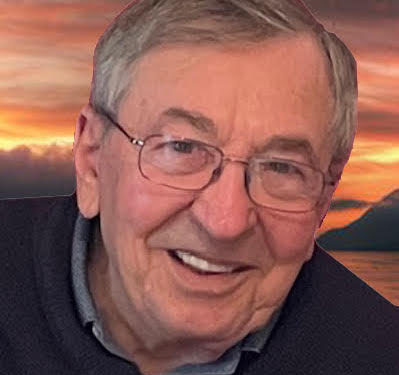 Sooren has two brothers named, Vahik and Roubik and a sister named Lidoush. Sooren was a proud Haftavan- tsi. Although when  Sooren was 5 years old, the family moved from Salmast to Tabriz, the family maintained their ties to Salmast and its close knit community of Armenians. They would return during the summers, where his brother Vahik fondly remembers having “the best times ever.”   Sooren attended Elementary and High School in Tabriz, He  attended his final year of High School at Kooshesh in Tehran.

Sooren was  always studious, yet adventurous. He was among the first group of visitors to Tadeh’s Vank when it first opened up. Without even a second thought  he and his buddies jumped onto the vehicle transporting tourists and they were on their way. In his youth, Sooren was very active within the Homenetmen community as a Soccer player and member of the Scouts, where he swiftly rose through the ranks and achieved the highest accolades.

Mainly, Sooren was a very proud Armenian. He was passionate about the land, people, culture, music and literature. He even took up Armenian folk dancing! He literally may have read every book and  poem about Armenia. In fact, throughout his retirement,  Sooren made it his mission to attend all lectures, seminars, galleries, book signings, and anything else related to Armenia.  He loved his culture and his people. He longed to see a united, free, and self sustaining Country for all Armenians. He would read Armenian newspapers and would consistently donate to Armenian non-profits.

In 1961 Sooren relocated to Washington DC  on a Student Visa, then to Vermont, where he attended St. Michael’s College in Vermont from 1961-1962, he  then relocated to Norman, OK where he graduated from University of Oklahoma in 1968, with a degree in Electrical Engineering. In 1969 Sooren was hired on by GTE Telecommunications to work for them as an Electrical Engineer in San Angelo, TX.  Sooren worked and lived in San Angelo until he was transferred by GTE to Southern California in 1980.

Sooren always put family over any other obligation he had. Sooren was a proud father and a devoted husband. In fact, he never missed a practice, recital, game, competition or any school activity.

Regardless of which role Sooren played, whether he was the uncle, tutor, or friend, Sooren was the go-to-family member for anything. He was not only an incredible father to his own children, but he treated his niece and nephew as if they were his own.

Sooren will be known for being an intellectual and a gentleman. His smile was infectious and he would greet everyone he came across with respect. He always had words of encouragement and would not let any situation get him down. He was content with his life and proud of his family. Sooren’s zest for life and total devotion to his family was evident through his Sunday family days, barbeques and vacations. Everything was always centered around the children and not one family outing went by without including his extended family. He was always considering or planning something fun and exciting for the kids.

Sooren will be greatly missed and the void left in our hearts is immeasurable. His smile brightened a room, and his gentle soul touched everyone he met.  Even today, thinking about him places all of us at ease.