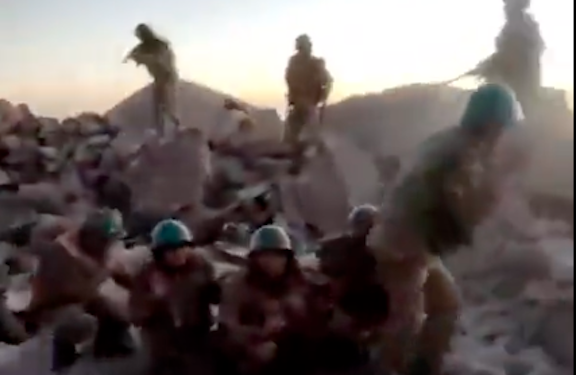 After footage showing Azerbaijani forces executing Armenian soldiers who were captured by the enemy during the September 13 attacks, the United States, Europe and others called for an investigation and condemned the incident.

State Department spokesperson Ned Price called for a full and impartial investigation into the execution of Armenian prisoners by Azerbaijani soldiers.

“The United States is deeply troubled by recent reports that Azerbaijani soldiers are executing unarmed Armenian prisoners. We call for a full and impartial investigation. Those responsible for each atrocity must be brought to justice,” Price wrote on his Twitter page.

EU Special Representative for the South Caucasus and the crisis in Georgia Toivo Klaar was the first to commented on the video.

“Another horrible video has emerged of Armenian prisoners of war apparently being executed. If this video is proven to be authentic then this is a war crime that needs to be investigated and the perpetrators punished,” Klaar tweeted.

He added that if the authenticity of the video is confirmed, then it is a war crime.

Armenia’s Defense Ministry and the office of the Human Rights Defender on Monday separately confirmed that the video is authentic.

The British Embassy in Armenia said it “is horrified by the footage showing captured Armenian soldiers being shot by Azerbaijani forces.”

In true form, however, it failed to condemn Azerbaijan and instead welcomed an announcement by Baku, which claimed it will investigate the incident captured on video.

“We welcome the announcement by the Azerbaijani Prosecutor General’s Office of their commitment to comprehensively investigate the video. We expect the outcome of the investigations to be made public. We expect all allegations of mistreatment, abuse and summary killings to be fully investigated by the appropriate authorities,” added the British Embassy.

The European Union also called on the authorities of Azerbaijan to immediately investigate the footage that has gone viral, in which Azerbaijani soldiers brutally shoot Armenian soldiers who had already been taken prisoner in an Armenian military position, said Peter Stano, a spokesperson for the European Union’s Foreign Affairs and Security Policy.

“We call for an immediate investigation by the relevant authorities. The footage, which shows how Azerbaijani soldiers execute Armenian soldiers, should be investigated by the Azerbaijani authorities,” he said.

According to Stano, if the results of the investigation prove the authenticity of the footage, it is a war crime and a clear violation of international law.

“Such a crime should be condemned,” he added.