Iran Willing to Swap Gas from Turkmenistan to Armenia 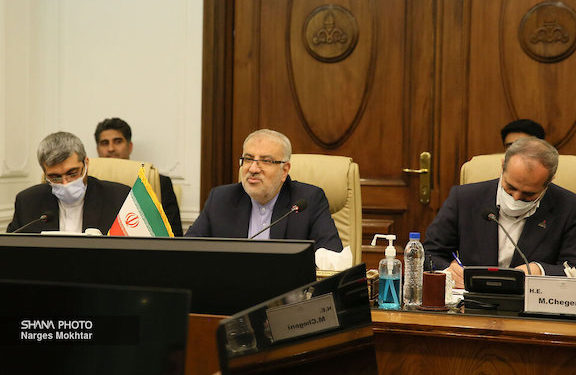 “Negotiations for gas swap from Turkmenistan to Armenia through Iran have started and soon due to high capacity of Iran’s gas distribution network will achieve good results in this regard,” Owji told Shana after meeting with Armenia’s Minister of Territorial Administration and Infrastructure Gnel Sanosyan who is in Tehran

He said that in his talks with the Armenian side, he had emphasized Iran’s readiness to swap gas from Turkmenistan to Armenia, adding that good agreements were reached in the negotiations on increasing gas exports, petrochemical products and comprehensive development.

Iran and Armenia have been cooperating for years in gas and electricity swap.

During his meeting wit Owji Sanosyan presented proposals over the re-signing of the contract. Sanosyan also said that road construction projects were are actively underway in Armenia. However, he said, fluctuations on the price of raw materials for paving the roads has created unforeseen difficulties.

Last week a joint Iran-Armenia inter-governmental meeting took place in Yerevan, co-chaired by Armenia’s Deputy Prime Minister Mher Grigoryan and Iran’s Energy Minister Ali Akbar Mehrabian. At the conclusion of the meeting the leaders of the two countries signed a memorandum of understanding.

“Bilateral relations with friendly Iran built on mutual respect and trust are of great importance for the Republic of Armenia, as Iran is not only a neighboring country, but also an important trade partner, a reliable and trustworthy partner for us. We must make joint efforts to fully realize the great potential of the relations between the two countries. It is obvious that the expansion of bilateral cooperation will have a positive impact on the friendly peoples of Armenia and Iran,” Grigoryan said in his opening remarks.

He stressed that the governments of the two countries show the necessary political will and consistency to develop interstate relations in various spheres.

“Given Iran’s interest in integration with the Eurasian Economic Union, Armenia is constantly making efforts to promote this process, as well as to become a gateway for friendly Iran to the EAEU market. We reaffirm our readiness to ensure active cooperation with Iran in this direction,” added Grigoryan.

Referring to the bilateral cooperation, Grigoryan highlighted the bilateral agreements in the energy and transport sector, specifically, the extension of the gas-for-electricity contract, the implementation of the North-South quadrilateral energy link and the Persian Gulf-Black Sea international transport corridor.

He noted that in the context of development of regional transport links, the establishment of a railway connection between Armenia and Iran was among the most important issues on the agenda.

On the sidelines of the meeting, Yerevan signaled its desire to increase gas imports from Iran, as a result of which Tuesday’s announcement by Iran’s oil minister was made.