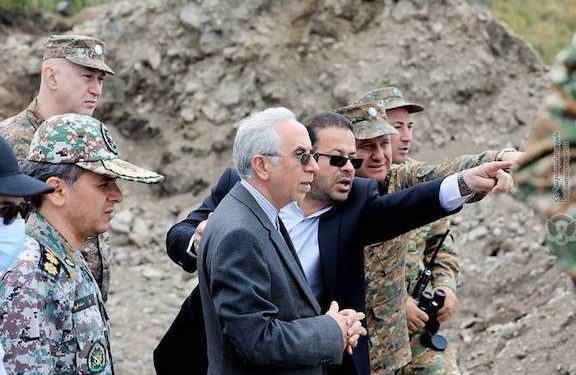 Major-General Arayik Harutyunyan, the commander of Armenia’s border units, briefed the ambassador about the standoff along the Armenia-Azerbaijan border, which was breached by Azerbaijani forces on May 12.

Zohouri and his delegation toured Gegharkunik Province’s section at Verin Shorzha section, which has been the site of several attacks by Azerbaijani forces on Armenian positions. Last week three Armenian soldiers were killed and four were wounded in the area.

Expressing concern over the continuous border disputes between Armenia and Azerbaijan, the Iranian Ambassador emphasized the need for restraint from both sides and a peaceful resolution of disputes between the two countries.

He offered condolences to the families of the servicemen killed during the recent clashes. Stressing the importance of respecting the internationally recognized borders, Ambassador Zohouri noted that ensuring lasting peace in the South Caucasus stems from the interests of the peoples of the region and expressed the readiness of Iran to assist in the establishment of lasting peace.