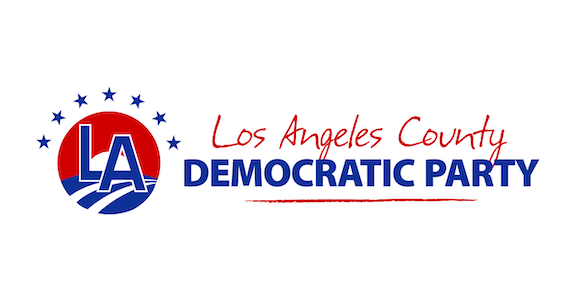 LOS ANGELES—The Los Angeles Democratic Party County Central Committee, with a 119-2 vote, passed an emergency resolution on Tuesday calling on the Biden Administration and Congress to fully enforce Section 907 of the Freedom Support Act, which places restrictions on direct U.S. aid to Azerbaijan.

The resolution, which was authored and introduced by LACDP Elected Members Dr. Suzie Abajian and Elen Asatryan, also urges the Biden Administration and the  Secretary of State to engage with Azerbaijani authorities for the immediate return of  Armenian POWs and hostages.

“I am proud to have led the effort, along with my colleague LACDP Elected Member Dr. Abajian to bring this resolution to the floor and I am grateful for the overwhelming support it received. It is our collective responsibility to use every possible vehicle to demand and achieve concrete action for the safe return of our Armenian POWs and to ensure that the United States is not complicit in, through funding, the war crimes that continue to be perpetrated to date by Turkey and Azerbaijan,” stated Asatryan.

“These two dictatorial regimes must be held accountable not only for the war crimes they continue to commit to date, but for the inappropriate allocation of over $120 million of our American tax dollars towards these war crimes including the shelling of hospitals, schools, killing dozens of innocent civilians using cluster bombs, recruiting thousands of ISIS mercenaries and causing irreversible environmental damage by burning forests in the region using white phosphorus. To waive or weaken section 907 would be to provide additional funding from our tax dollars towards these continued war crimes,” she emphasized.

The timely resolution came the same night Azerbaijani forces illegally crossed into sovereign Armenia’s Syunik Province, and as approximately 200 Armenian POWS and civilian hostages remain in captivity. Reports of 19 POWS and civilians being tortured and murdered were released just a week prior to the passage of the resolution.

In response to Azerbaijan’s illegal advancement, Chair of the Senate Foreign Affairs Committee Sen. Bob Menendez stated, “The violation of Armenia’s sovereign territory by Azerbaijani troops is a dangerous and illegal act of aggression that underscores the sustained threat that the Armenian people continue to face” while calling on the Biden Administration to engage at the highest levels.

“I am grateful to LACDP for taking a stand against the atrocities of the Azerbaijani government against my people and calling for the full enforcement of section 907. Our tax dollars cannot fund the war crimes of this government,” added Dr. Abajian.

“As the chair of the largest local democratic entity in the United States, I’m proud to join my brothers and sisters in the Armenian community to demand the safe return of Armenian POWs and to call on our federal government to hold Turkey and Azerbaijan accountable. We cannot continue to support blatant violations of human rights by dictatorial regimes. The overwhelming support the resolution received last night is a testament to our commitment to this issue and to the Armenian-American community,” stated LACDP Chair Mark Gonzalez.

As part of the party process, the resolution will be sent to the California Democratic Party and the Democratic National Committee to pass a resolution in the same regard.

The passage of LACDP Resolution 025-2024 comes just a week after the California Democratic Party, at its 2021 state convention, passed a resolution as part of its 13 priority resolutions calling for immediate US intervention for the safe return of Armenian POWS, and placement of sanctions on and divestment of public funds from Turkey and Azerbaijan.

The LA County Central Committee is the official governing body of the Los Angeles County Democratic Party, which develops party policies and positions, evaluates and decides on which candidates and issues to endorse in local and municipal elections, and provides a grassroots forum for the study and discussion of public policy issues and their impact.  It is also the largest local Democratic Party entity in the United States, representing nearly 2.9 million Democrats in the 88 cities and the unincorporated areas of Los Angeles County – a population larger than 42 individual states. Most importantly, the County Central Committee works to educate the public and encourage the fullest possible participation of all Democratic voters.