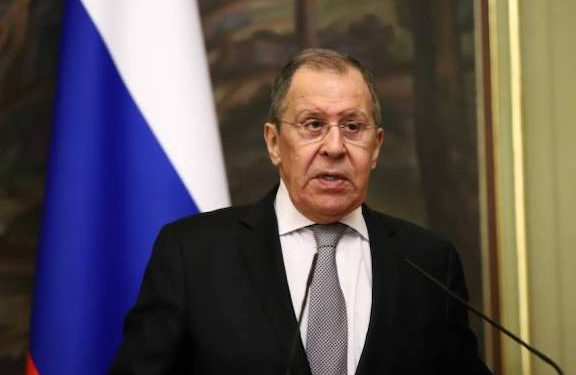 Russia’s Foreign Minister Sergei Lavrov reiterated Moscow’s insistence that all transportation and infrastructure ties between Armenia and Azerbaijan must be unblocked.

In discussing the Nagorno-Karabakh conflict with students from Moscow State Institute of International Relations on Wednesday, Lavrov referred to the November 9 and January 11 agreements signed by the leaders of Armenia, Azerbaijan and Russia.

“These agreements clarify the proposals of the leaders over the unblocking of all transportation infrastructure and economic ties. This work cannot be done in a day, it is in process. The leaders of Russia, Armenia and Azerbaijan personally deal with it,” Lavrov, who met with Armenia’s Foreign Minister Ararat Mirzoyan on Tuesday, told the students.