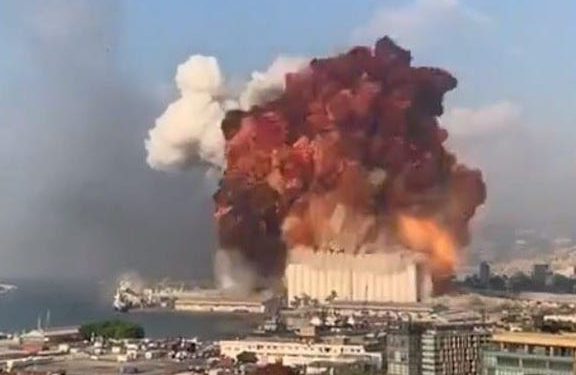 A year after a devastating explosion rocked Beirut, the circumstances of the blast have not been revealed yet, the investigation is still ongoing and the financial, economic and political problems of Lebanon have plunged the country into a severe crisis.

On August 4 2020, more than 2700 tons of ammonium nitrate exploded at the Port of Beirut, sending massive shockwaves through the Lebanese capital and causing more than 210 deaths and 7,500 injuries and around $15 billion in property damages. An estimated 300,000 people were left homeless.

Speaking about the current situation in Lebanon, the Editor-In-Chief of the Beirut-based Aztag Daily newspaper Shahan Kandaharian told Armenpress that all of the aforementioned issues have caused civil disobediences and protests in the country. In such conditions, the crisis is only exacerbated by the problems in virtually all sectors—banking, finance, petroleum, medication.

“It’s very serious especially where socio-economic issues are concerned,” Kandaharian told Armenpress. “The Lebanese pound continues to drop in value, there is inflation.”

Kandaharian said that current situation is being described as a financial-economic blockade of Lebanon, where the international community is demanding transparency, accountability of those responsible for the explosion and independent justice.

“Now, the public and some organizations have begun to demand, during protests, that all public officials get stripped of their immunity so that trials may proceed and the right people may be subpoenaed as witnesses or defendants. In other words, the people are demanding independent and fair trials,” explained Kandaharian.

He said on the one hand the investigation of the blast has not been completed yet, with no one being accused. On the other hand, Kandaharian said, there is a very difficult financial and economic crisis.

Kandaharian said there is political uncertainty, explaining that since coming to power as prime minister, Najib Mikati has not formed a government.

“Although statements are being made to create some optimism, but the government’s composition is not apparent yet. In such a situation, the absence of a government add to the crisis,” said Kandaharian.

He praised the pan-Armenian network for swiftly organizing fundraisers and sending aid, including moral support. “This is an important circumstance which should be highlighted,” he said.

Although some in the Armenian community are thinking about leaving Lebanon, there are many who in this context want to be repatriated and return to Armenia. There is no mass exodus, he said, but noted that naturally there are those who prefer to come to Armenia.

“Lebanese airlines fly to Yerevan three times a week, and these flights are actively working, even in these conditions. The people’s connection with Armenia has become more active,” said Kandaharian.