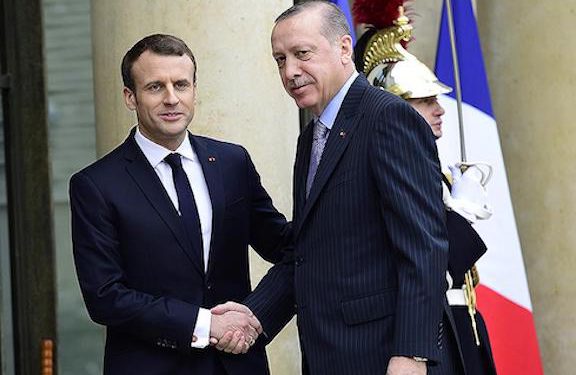 President Emanuel Macron of France said he intends to discuss the Nagorno-Karabakh situation, as well as relations between Armenia and Azerbaijan when he meets with his Turkish counterpart Recept Tayyip Erdogan on June 14 on the margins of the NATO summit in Brussels.

“Immediately on the eve of the NATO summit, I will have a meeting with the President of Turkey. This is a good opportunity to exchange views on a number of issues,” Macron said during a press conference Thursday.

“We have deep differences, we know about them, but I believe that it is necessary to conduct a dialogue,” the French President told a press conference on Thursday.

“I want to talk about the situation in Syria, Libya, Nagorno-Karabakh and relations between Armenia and Azerbaijan,” Macron said, adding that he “intends to discuss cooperation within NATO and the rules of conduct in relations between allies.”

“I also want to talk about the work that France is doing against radical Islamism and separatism,” the French leader added.

“We need a demanding agenda, despite our differences,” Macron said. “I have always been very clear about the observance of human rights, the protection of journalists and political opposition, representatives of the scientific community and artists,” he continued. “We need a one-on-one discussion. We need to speak even when there are disagreements.”