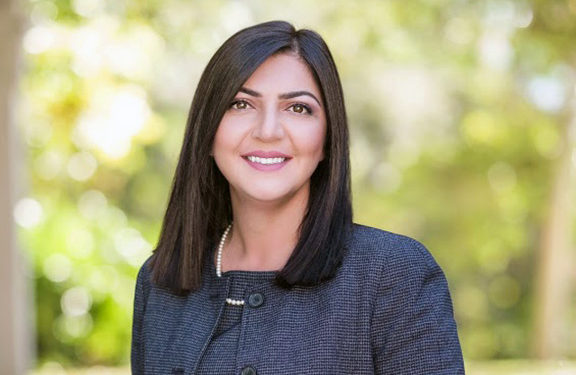 GLENDALE—The Sierra Club, Los Angeles League of Conservation Voters, Glendale Environmental Coalition, and Coalition for Landfill Alternatives have all announced their endorsement of Elen Asatryan for Glendale City Council. Elen is the only non-incumbent and woman candidate to receive the endorsement of all four organizations.

“Elen has shown that she not only understands the key environmental issues facing Glendale, but that she knows how to educate people on the issues that matter,” said Mary Nemick, LALCV board member, “Glendale will be making major decisions on environmental issues in the coming year and Elen has the vision and experience to lead and find solutions. We are pleased to be able to support her.”

The Glendale Environmental Coalition echoed this praise commenting, “Elen is well versed in environmental and equity issues, and her goals for a sustainable and healthy Glendale align with ours. She has detailed knowledge of local issues as well as expertise in government operations as a former Community Services and Parks Commissioner.”

“Coalition for Landfill Alternatives endorses Elen Asatryan for Glendale City Council. She is a longtime environmentalist. She believes the Scholl Landfill should be closed after it reaches capacity and converted to a recreational area,” said Zarokian. “Additionally, she does not think the Scholl Landfill area should be further industrialized with a Biogas Plant given the numerous adverse effects it will have on the surrounding communities. Elen makes her decision based on science and the well-being of Glendale residents. Elen’s roots lie in community service. We are pleased that she thinks residents should have input into decisions affecting their neighborhoods.”

“I am grateful and moved by the endorsements from the Sierra Club, Los Angeles League of Conservation Voters, the Glendale Environmental Coalition and Coalition for Landfill Alternatives, as their work and advocacy directly align with my vision and goals for Glendale,” said Asatryan. “We have an opportunity to make our Jewel City a model city. I look forward to working with them on building a more sustainable Glendale,” she added.

Elen has always been an environmental champion. Her unique experience as the chair of the Glendale Parks, Recreation and Community Service Commission, and her background in policy and public affairs gives her the skills and perspective necessary to lead Glendale to a greener future.

On the campaign trail, Elen has put environmental concerns as part of her priorities—from reducing our city’s reliance on fossil fuels and cleaning up the landfill, ensuring we plan ahead with climate resiliency and addressing environmental justice head on, to calling for a green space audit of all neighborhoods and expanding green spaces and parks below the Ventura Freeway.

In addressing the City of Glendale’s mandated transition by the State of California to 100 percent clean, renewable energy by 2045, Asatryan’s biggest short term goals include ensuring the current proposed Grayson Repower Proposal of fossil fuel equipment that would cost the city 260 million taxpayer dollars is switched to clean energy alternatives, reversing the council’s previous decision to add a 50 million dollar biogas Power Plant in a residential area, and starting the process to clean up the Scholl Canyon landfill.

The Glendale Environmental Coalition, Los Angeles League of Conservation Voters, the Sierra Club, and Coalition for Landfill Alternatives are the latest in a series of prominent organizations, elected and community leaders to announce their support of Elen including: the National Women’s Political Caucus, Planned Parenthood Advocates of Pasadena and San Gabriel Valley. Los Angeles County Federation of Labor, Glendale Fire Fighters Association, California State Senator Anthony Portantino, and many more.

The Glendale City Council election is scheduled to take place on June 7. All registered voters will receive a mail-in ballot at home starting the week of May 9. Voters may mail back their ballot, drop off or walk into any voting center until 8pm on Election Day, June 7 to cast their vote.

To learn more about, get involved in, and contribute to Elen’s campaign, visit the campaign website. Asatryan’s campaign office is in full gear reaching out to voters.  Residents and supporters are encouraged to stop by 900 W. Glenoaks Blvd Unit A, Glendale, CA 91202, Monday through Friday from 10:00 a.m. to 9:00 p.m., Saturday and Sunday from 10:00 a.m. to 5:00 p.m, to help. For up-to-the-minute updates, follow the campaign’s social media accounts on Facebook, Instagram, and Twitter, @ElenAsatryan.