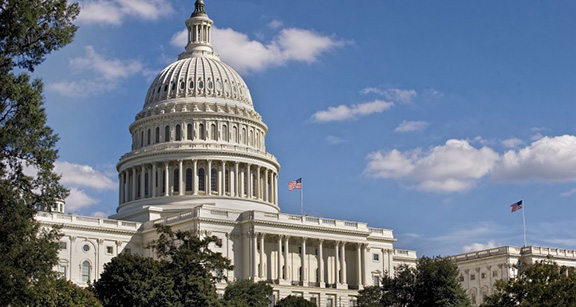 Members of Congress condemned Azerbaijan’s attack and attempted invasion of Armenia’s eastern border on Tuesday, some urging greater engagement by the State Department for more decisive action to block Baku’s further aggression in the region.

“I am deeply disturbed by today’s reports of Azerbaijani forces attacking Armenian soldiers at the border, including the reported murder or illegal detainment of more than two dozen Armenian soldiers. This unprovoked attack is in direct violation of Azerbaijan and Armenia’s ceasefire agreement, and a grave reminder that the United States must be doing everything we can to deter Azerbaijan’s ongoing aggression,” Rep. Adam Schiff (D-Calif.), Chairman of the House Permanent Select Committee on Intelligence.

“I urge the State Department to act immediately to use every diplomatic channel and lever available to avert another mass humanitarian disaster and show our unwavering support for the Armenia people and their sovereignty,” added Schiff, who is also a Vice-Chair of the Congressional Caucus on Armenian Issues.

“Azerbaijan’s escalation of violence on Armenian soil is unacceptable. This increase of deadly violence against Armenia will only continue unless the OSCE, the State Department and the international community take immediate and decisive diplomatic action,” Pallone said in a Tweet.

“Claims that both sides are at fault ignore the fact that Azeri troops are attacking within the sovereign territory of Armenia and terrorizing innocent civilians. This is a purposeful violation of international law that will only further embolden Aliyev if he is not stopped,” added Pallone.

“Azerbaijan’s attack on Armenia’s eastern border is a clear violation of last year’s peace deal & can’t be tolerated. 6,000 died in last year’s conflict, not one more should be lost to this dispute. Azerbaijan must acknowledge & respect Armenian sovereignty,” said Cicilline in a Twitter post on Tuesday.

Condemnations of Azerbaijan’s attack on Armenia continued to pour in on Wednesday, with Rep. Jackie Speier (D-Calif) calling the attack an attempt by the Aliyev regime to grab new lands.

“Azerbaijan’s attacks on Armenian territory are yet another sign of how far Aliyev’s regime will go to seize Armenian land and spread violence and hate. We’re witnessing Aliyev’s attempted land grab in real time. We must act now to prevent further bloodshed and destabilization,” Spiere wrote in a Twitter post.

“I condemn Azerbaijan’s aggressive actions against Armenia. I urge the State Department to help de-escalate this situation before more lives are lost. America must stand against human rights violations,” Costa wrote on social media on Wednesday.

“Once again, the Azerbaijani government has unleashed a volley of unprovoked violence against Armenia,” Rhode Island Democratic Rep. Jim Langevin said in a Twitter post.

“Let me be clear–I condemn Azerbaijan’s latest aggression in the harshest terms,” he said. “The United States must act quickly to ensure the stability of last year’s ceasefire.”