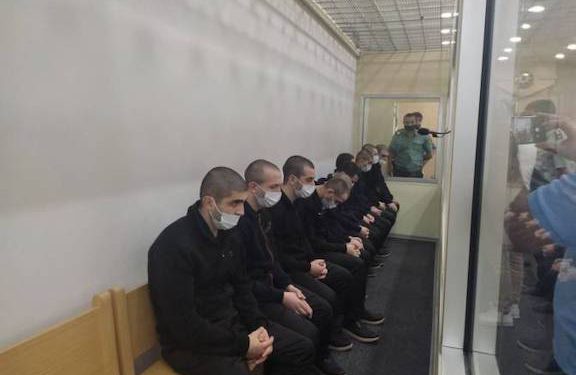 13 more Armenian POWs were sentenced in Baku on July 29

Armenian prisoners of war being held captive in Azerbaijan continue to be sentenced by the Baku court of major crimes. Azerbaijani media reported Thursday that 13 more Armenian POWs were sentenced to six years in prison on charges of allegedly carrying out “sabotage operations.”

The sentencing on Thursday followed another ruling by court, which on Wednesday sentenced two Armenian POWs, Davit Davtyan and Gevorg Sujyan, to 15 years in prison. They were charged with “espionage and illegal border crossing.”

Human Rights Watch said prosecution of Armenian POWs is a breach of Article 3 of the Geneva Convention.

Returning all POWs and captives was part of the November 9 agreement signed by the leaders of Armenia, Azerbaijan and Russia.

Thursday’s sentencing brings the total number of Armenian POWs who have been sentenced to varying prison terms to 56, the most severe of which was handed down to Lebanese-Armenian Vicken Euljekjian, who was given a 20-year sentence.