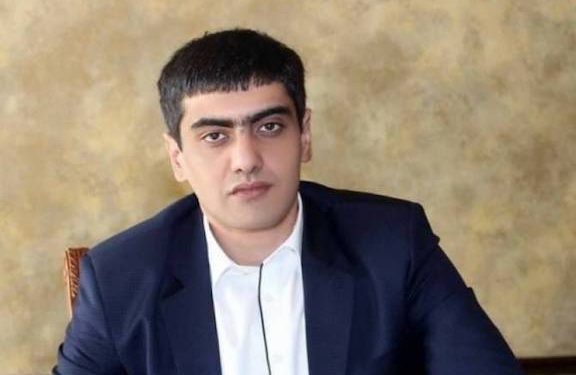 Four other local government officials were arrested earlier this month on different charges condemned by the bloc as politically motivated.

The latest detainees run the Syunik communities comprising the towns of Goris and Sisian and surrounding villages.

Goris’s Arush Arushanyan, was remanded in pre-trial custody after being charged with trying to buy votes ahead of the June 20 parliamentary elections.

The Special Investigative Service (SIS) claims that Arushanyan ordered the head of a village close to Goris to provide financial aid to local residents who will promise to vote for Hayastan. It says that the village chief, Lusine Avetyan, refused to do that.

Avetyan herself was arrested about two weeks ago for allocating such aid from the community budget to several villagers in May. The SIS says that the cash handouts ranging from 100,000 drams to 220,000 drams ($200-$440) per person were vote bribes.

Arushanyan strongly denied the accusations when he spoke to journalists before a Yerevan court allowed investigators to arrest him. He said the poverty benefits approved by the local council were allocated on a regular basis and had nothing to do with the elections.

“The law stipulates that every year sums equivalent to 5 percent of our budget … must be provided to socially vulnerable families,” said Arushanyan.

According to Arushanyan’s lawyer, Armen Melkonyan, the charges brought against his client are based on Avetian’s “contradictory testimony.” Melkonyan said he will challenge the Goris mayor’s pre-trial detention in Armenia’s Court of Appeals.

The head of the Sisian community, Artur Sargsyan, was detained overnight by another law-enforcement agency. The Investigative Committee charged him with abuse of power and forgery of official documents.

One of the two other arrested Syunik mayors, Manvel Paramazyan, ran the town of Kajaran, while the other, Mkhitar Zakaryan, headed a larger community comprising the towns of Meghri and Agarak and nearby villages. Like Arushanyan and Sargsyan, they are senior members of Hayastan.

The bloc led by former President Robert Kocharian finished second in the snap elections won by Prime Minister Nikol Pashinyan’s party. It has condemned the arrests, saying that the Armenian authorities are trying to suppress the country’s leading opposition force.

The arrested mayors were already charged with other crimes this winter. They were among the heads of more than a dozen Syunik communities who issued in December statements condemning Pashinyan’s handling of the autumn war with Azerbaijan and demanding his resignation.

Some of them encouraged supporters to disrupt Pashinyan’s December visit to Syunik. The prime minister faced angry protests when he finally toured Goris, Agarak, Meghri and the provincial capital Kapan in May.