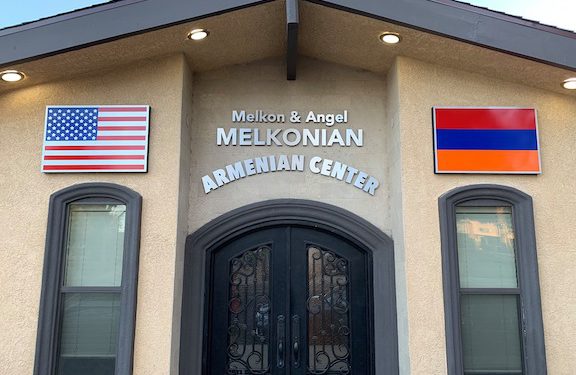 “Where there is a will, there’s a way”

The North San Fernando Valley Melkon and Angel Melkonian Armenian Youth Center announced that it will be able to close and burn its mortgage, following a successful fundraising event, which took place on May 5, and through generous donations, yielded more than $100,000, which will be used to pay off the mortgage.

After a year of unprecedented challenges due to COVID-19, more than 180 friends, supporters, members and affiliate organizational representatives came together at the event, held at Terrace Restaurant, organized by the Armenian Revolutionary Federation Arshavir Shiragian chapter.

In his welcoming remarks, Toros H. Kejejian, Chairman of the ARF Arshavir Shiragian chapter, spoke about the importance of our community and the power of unity.

“Where there is a will, there’s a way,” said Kejejian who explained that paying off the mortgage of the center has been a priority for the community.

Following a generous contribution from Varant and Hoori Melkonian, the North San Fernando Valley Armenian Center, located in Granada Hills, was officially renamed Melkon and Angel Melkonian Youth Center after the parents of the well-known activists and benefactors during a ribbon-cutting ceremony on June 23, 2019. http://asbarez.com/182367/melkon-and-angel-melkonian-youth-center-inaugurated-in-north-valley/

Varant Melkonian was the sponsor of the May 5 event and was thanked for his continued support and generosity.

Master of Ceremonies Vatche Donoyan, who chairs the center’s finance committee, energized the crowd and encouraged guests to “dig deep” and donate, prompting contributions from notable community members and other attendees that exceeded $100,000, while Raffi Badoyan performed patriotic songs throughout the evening.

“We would also like to thank the representatives from our affiliate organizations, the ARF Aharonian, Karekin Njdeh, Lernavayr, Rosdom and Zavarian chapters, as well as the Homenetmen Massis Chapter for attending and supporting our fundraiser,” said the ARF Arshavir Shiragian chapter after the event.

“The Arshavir Shiragian chapter expresses its gratitude to all those who helped organize and make this event a success. Thank you to our guests for believing in our efforts, their continued support, and gracious donations. We are proud to serve our community and look forward to the continued success of our chapter,” added the Shiragian chapter after the event.

Why is President of UN General Assembly Acting as a Spokesman for Turkey?