by Contributor
in In Memoriam
0 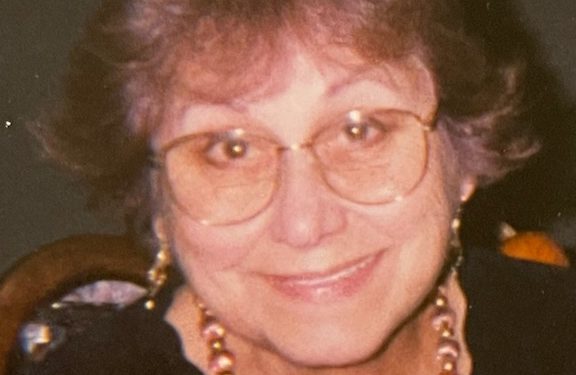 Rosig Injejikian, devoted wife of the late Hagop Injejikian, loving mother, grandmother and aunt, passed away May 11 in Glendale at the age of 93.

Rosig, whose parents were from Van, Armenia, was born in Tabriz, Iran and grew up in Beirut, Lebanon as part of the gregarious and music-loving Khanjian family.  She studied piano at the Beirut conservatory and often played in a band with her brothers, Kourken, Suren and Papken.

Rosig married Hagop Injejikian in 1949, and they brought their young family to the United States in 1956.  They settled in Los Feliz and later moved to the San Fernando Valley.  Rosig and Hagop thrived in their new country and were active members of the Los Angeles area Armenian community.  They were founding members of Holy Martyrs Armenian Apostolic Church in Encino, where Rosig played the organ during services in the early years.  She also voluntarily taught general music courses at Holy Martyrs Armenian High School.

Rosig was a dedicated piano teacher for thirty-five-plus years.  She was a proud member of the Music Teacher’s Association of California and conscientiously maintained that organization’s exacting curriculum standards in her teaching.  Through her enthusiastic vocation, she nurtured many young pianists.

Rosig was devoted to her family and raised three daughters, Maral Injejikian, Lorig Injejikian, and Susan Henry.  She was a kind and loving role model.  She leaves behind six grandchildren and two great grandchildren.

Because of her enthusiasm for life and education and her love of the arts, Rosig seldom turned down an opportunity to sample new areas of learning.  She took many courses through the UCLA PLATO Society, and she enjoyed opera, the symphony, and travel.  Her love of gardening was apparent, as her garden was always ablaze with many colorful varieties of flowers, particularly (and most appropriately) roses.

Her lively, affectionate and generous nature will continue to inspire all who knew her.

Rosig Injejikian will be remembered during a requiem service at Holy Martyrs Armenian Apostolic Church, Encino, on Sunday, June 20.