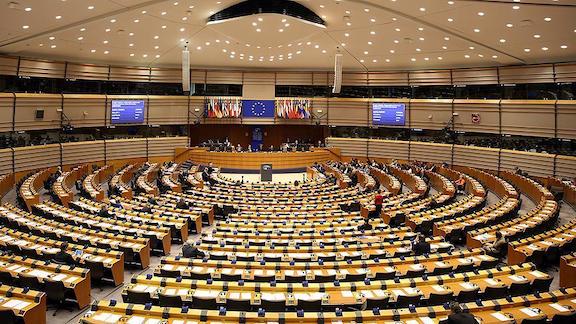 More than 120 members of the European Parliament have co-signed a letter urging Charles Michel, the President of the European Council to demand the release of Armenian prisoners of war being held captive by Azerbaijan.

European Parliament members Andrey Kovatchev of Bulgaria, Loucas Fourlas of Cyprus and François-Xavier Bellamy of France authored the letter, which was co-signed by 119 of their colleagues in the European Parliament.

The Artsakh Foreign Ministry on Tuesday commended the effort.

“We greatly appreciate that members of the European Parliament are speaking out about Azerbaijan’s violations of international humanitarian law and are supporting Artsakh’s legal demands. This is a great example of demonstrating moral values and adherence to norms and principles of international law,” said a statement issued by the Artsakh Foreign Ministry.

“It is difficult to precisely draw up the number of remaining prisoners and captives, due to the high number of missing persons and the lack of cooperation from the Azerbaijani side,” the European lawmakers wrote in their letter to Michel. “But it would include 72 people whose captivity Azerbaijan admits, 112 people about whom Azerbaijan did not provide any information, and 61 people whose captivity Azerbaijan categorically denies, but about whom there is concrete evidence to the contrary.”

“Not only is the attitude of Azerbaijan a gross violation of humanitarian law but also in deep contradiction with its claims to move to normalization and reconciliation. It must be stressed that any attempt to link the fate of prisoners and detainees with other requests is unacceptable. Liberation of all prisoners and detainees must be unconditional,” the lawmakers said.

“By demanding the return of all its prisoners and respect for international conventions, Armenia is making a minimum request, in accordance with international law. Azerbaijan cannot shirk its basic legal duties, from the commitments it made itself by adhering to the Geneva Conventions and signing the ceasefire agreement,” the European Parliament members said.