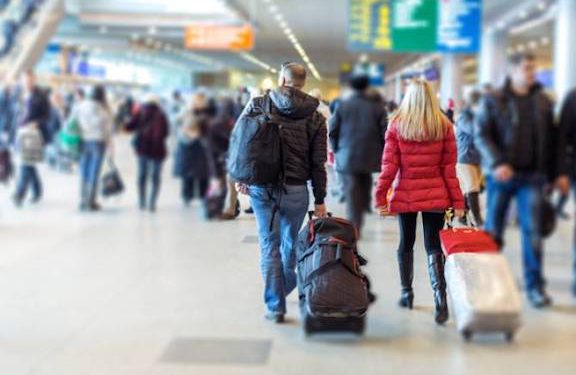 Armenia is seeing a large influx of both Russians and Ukrainians since Russia’s military campaign in Ukraine started in late February.

Now, 200 Ukrainian citizens have already requested asylum in Armenia. More than half of the asylum seekers are Armenians, reported Armenpress.

Nelly Davtyan, the Public Relations Director at the Migration Service of Armenia, told Armenpress that 5,938 Ukrainian citizens arrived in Armenia in the first quarter of 2022 (2,079 in January, 1,597 in February and 2,262 in March), compared to the previous year’s 2,531. Davtyan said most of them (5,631) left Armenia in the same quarter. From the remaining of over 300 Ukrainians 200 have applied for asylum.

“Right now we have more than 200 people who’ve applied for refugee status, 60 percent of whom are ethnic Armenians, the other 40 percent are ethnic Ukrainians,” Davtyan said.

If their applications are approved and they are granted refugee status, the Ukrainians will have the same rights as legal residents in Armenia and can receive the necessary travel documents, which are valid in nearly 160 countries who have the same asylum procedures.

Currently, the applications are being processed and could take up to three months—the standard processing time. Davtyan explained that once the first precedent-setting decision is made, the remaining applicants will be processed faster.

Davtyan explained that Russian citizens who have arrived in Armenia are exempt from the requirement of obtaining work permit and residency status because they are citizens of an Eurasian Economic Union country. They are entitled to stay in Armenia for up to 180 days.

“If their work activities require longer time, the Migration Service gives them a document stating that they are residing and working in Armenia legally. A certificate in the form of a plastic card is issued. It is issued for free in a rather short period of time, from a week up to ten days,” Davtyan said.

Those applications are being received online at workpermit.am. The card is issued with the same term as the applicant’s work contract, for example, if a Russian citizen has signed a five-year work contract in Armenia with a company, they will receive a five-year certificate. If the contract is signed indefinitely, the standard term for the card is one year with the possibility of extension.

“This is a small number, because in January and also in February the departure of Russian citizens was very large. It is possible that this number also reflects the Armenian work migrants who hold Russian citizenship, who leave for Russia in spring and winter for work,” Davtyan said.

Meanwhile, according to the State Registry data, more than 1,500 Russian citizens registered businesses in Armenia in the first quarter.

The Justice Ministry said that the majority of the Russian businesses are in the IT sector.