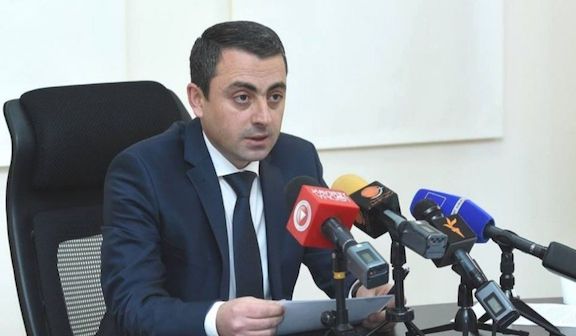 Following the announcement by Prime Minister Nikol Pashinyan and his My Step ruling faction in parliamentary that snap elections were not needed in Armenia, Ishkhan Saghatelyan, the chair of the Armenian Revolutionary Federation Supreme Council of Armenia said that the prime minister never intended to hold elections, despite assurances late last year that he would.

On Sunday, Pashinyan reneged on a promise he made in December that he would organize snap elections and claimed, along with his My Step alliance, that the majority of the population didn’t see the need for early polls.

Saghatelyan, who is also the lead coordinator of the National Salvation Movement, said in an interview with Tert.am’s Ani Gevorkyan that Pashinyan himself has abandoned the notion of snap election in order to remain “glued to his seat” by diverting the public’s attention from the real challenges facing Armenia.

Tert.am: Mr. Saghatelyan, the authorities are refusing to hold snap elections. What do you think is the underlying reason?

Ishkhan Saghatelyan: There are three main reasons to abandon the idea of snap elections. First, they have come to the understanding that they practically have no chance of winning through polls—that it is just impossible. Second, they see that they will have problems within their team, as most of the lawmakers who found themselves in parliament by a stroke of luck will lose their mandates. Third, they believe that it is still possible to keep on cheating and silencing the people and easily digest all that. This is why they have actually decided to maintain their grip on power by giving up the idea [of snap elections]. But they are sadly mistaken.

Tert.am: My Step [the ruling parliamentary bloc] cites the absence of public demand, whereas the parliamentary opposition rejects that notion.

I.S.: I think they have conducted the kind of survey only within the the Civil Contract [party], in particular within their parliamentary bloc. Otherwise, they would have understood whether or not there is a real demand.

Tert.am: Mr. Saghatelyan, do you see other factors? Many believe that it may be linked to the second president’s [Robert Kocharian] statement saying that he will run for elections and win.

I.S.: You may recall that we have stated several times that this person, who remains glued to his seat, is attempting to divert the agenda. He had no plan to head to snap elections; I have to repeat myself that he had virtually no chance of reproduction. He has evaluated the situation in that sense – as well as his potential contenders – and he will now continue to remain glued to his seat, avoiding responsibility.

Tert.am: You said that [the attempts] to cheat the people will succeed, but what measures are going to be taken to prevent that from happening? Do you see people who are trying to justify Nikol Pashinyan after so many developments?

I.S.: Populists normally cheat their people once, but their second [attempt] is certain to fail. By hiding behind the people and speaking on behalf of the people repeatedly, they are trying to pretend that everything is fine or there is no demand for their dismissal. So they will thereby try to make the society a participant in their disgraceful treacherous process.

Tert.am: Mr. Saghatelyan, most opposition members rejected the plan to hold snap elections organized by Nikol Pashinyan’s. They proposed creating a caretaker government and holding elections a year later. Are the demands the same now? What are your plans?

I.S.: I want to remind you once again that no political force – including parliamentary ones—has ever opposed snap elections. They have also outlined a very specific roadmap: resignation, the formation of an interim government and then the holding of snap elections.

The opposition reaffirmed its demand and agenda, as well as the road map about 10 days ago. Hence, nothing has changed in our approaches. Our fight is continuing in all the directions. We have scheduled a big demonstration for February 20. There will be processions, rallies and different civil disobedience campaigns. I have to repeat myself again: if they believe they will manage to digest their treachery with a false agenda, distracting the society and maintaining grip on power, they are mistaken.

Tert.am: While the opposition has stated that nothing has changed in their agenda, the developments in both Artsakh and border regions of Armenia, still give way to concerns.

I.S.: We have been saying since November 9 – and even long before – that every single day of those people’s hold on power is a loss for our homeland. Yes, as long as this government of evil exists, it isn’t possible expectations good things. The authorities are unable, mildly speaking, to defend the interests of the people. On the contrary, they seem to be defending the hostile country’s interests instead.