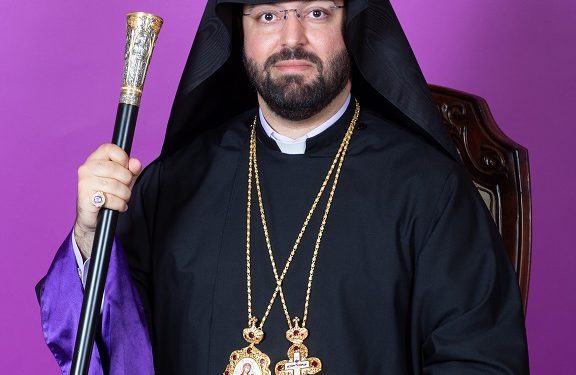 Living Hope Radiates From The Manger In Bethlehem

Beloved brothers and sisters in Christ,

The year 2020 was not a year filled with expectations that we were waiting for because of all the tribulations and problems that we faced. In February, the Coronavirus struck the world and claimed millions of lives, causing the world economy to collapse and we are still in the midst of the chaos it has caused. In August, we witnessed the horrific bombing in Beirut, the consequences of which weighed heavily on the otherwise troubled Lebanon. Also, given the military, political and social insecurity of some Middle Eastern and European countries. In addition, it should be noted with deep sorrow that our nation, our homeland, paid the heaviest price due to the Turkish-Azeri war unleashed against Armenia-Artsakh from the last days of September to the beginning of November. It brought darkness on Armenia; thousands of victims, refugees, captives and the missing greatly oppressed the Church and demoralized the people. Because, today in our midst, we have those who are homeless and widowed, children, fathers and mothers, who lost their ancestral land. Indeed, Armenians lived the most difficult, the most bitter, the inexplicable.

If disasters and catastrophes, individual or collective sorrows and trials, failures and losses were the decisive qualities of life and death, then we should not have reached the New Year 2021.

Simply put, if Hayg Nahabed and his sons did not lose the hope of living free and sovereign when they fought against the great ruler of Babylon, Bel, and won.

If after the collapse of the empire of Dikran the Great, the Armenian people did not lose hope of redistribution.

If in 387, when Armenia was divided between Byzantium and Persia, our people did not lose hope of remaining one.

If blood and sweat were mixed during the battle of Vartanants, the nation did not lose hope of being guided by faith.

When Armenians lost Ani, but did not lose its hope of having a capital.

When various wars struck Armenia; Mongols, Seljuks and other raids shattered our impregnable fortress and ruined our settlements, we still did not lose hope for the future.

When we faced various obstacles, even though depressed, we did not lose hope of growing through those difficulties.

When the storms came in from the North, East, South and West, the sky was covered with a thick fog, the bright sun was darkened by dark clouds, but our people remained strong in hope and did not lose hope of seeing the rainbow of tomorrow.

When the nation walked the whirlpool of death, lived through the bitter Genocide of 1915, it lost everything, but did not lose hope of re-emergence.
For that immortal hope radiated from the manger of Bethlehem and educated us with the heavenly virtue of always looking to life with hope. Clinging to the centuries-old spiritual strength of our ancestors, today we will not allow the immaterial, life-giving cup of hope of the Armenian people, which is otherwise an indestructible testament to those who live in trust, to fall and be shattered. Let us bow before the great saints and immortals who formed our national identity, created the Armenian statehood and enlightened the Church.

Now, in the name of the collective unity of our nation, as in the past, today we set aside our individual preferences and unite around the idea of ​​a united power, because history shows that when we became united, we became invincible, strong and victorious. Yes, it is true that we have been tested for centuries, but nationally we have blossomed because we are one.

Although our sky is not as bright and peaceful, our homeland Armenia and Artsakh are surrounded by many dark and gloomy clouds, nevertheless, this Christmas, when we look at the heavens, through the eyes of faith we can see the life-giving hope of Bethlehem that pervaded our nation before all nations as the beginning of a new life.

Hope, which became a symbol for the children of our nation, became a way to reach new spiritual heights and a new way of living.

It is because of that hope which we have illuminated the darkness around us throughout history, spread warmth and humanity, science and education, culture and food to the world through our spiritual and scientific geniuses, the works of our astronomical victors and the special courage of our race,
The hope which bonds the children of our nation with Jesus.

The hope that although it is not seen nor explained, but our soul is under its protection like a shield, because we as a nation have decided to live and not die, clinging to our centuries-old faith, binding us to the hope of Bethlehem. God really wanted to show us how wonderful His plans are; to understand that Christ born in the manger is the greatest glory that we hoped for. Thus, raising the cup of life-giving hope towards heaven, we repeat this simple but wise praise; “But I trust in You forever, and I will continue to praise You.” (Psalm 71:14).

I greet you all on the New Year and Christmas. We wish the New Year 2021 to bring peace, health and happiness to all, and for the children of our nation and homeland to live full of new visions and a hopeful future; a true year of rebirth.

Primate’s Message on the Feast Of The Nativity