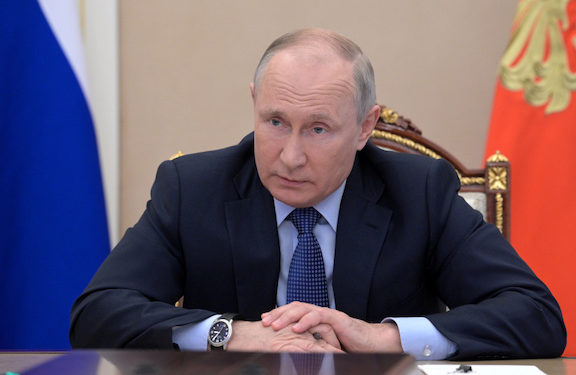 The Karabakh conflict and the implementation of the Russia-led November 9 agreement were discussed when Russian President Vladimir Putin reached out to the leaders of Armenia, Azerbaijan and Turkey this week.

During a telephone conversation to congratulate acting Prime Minister Nikol Pashinyan on garnering the highest percentage in Armenia’s parliamentary elections on Sunday, Putin emphasized the importance implementing the provisions of the November 9 and the subsequent January 11 agreements, which essentially assert Russia’s agenda on the region,

According to Pashinyan’s press office, the prime minister emphasized the release of Armenian prisoners of war being held in Azerbaijan as a priority.

The telephone conversation with the Armenian leader came after Putin praised himself and Russian for what he called a “landmark contribution in ironing out the Karabakh conflict,” TASS reported on Wednesday.

“With Russia’s landmark contribution, the conflict in Nagorno Karabakh was stopped,” Putin said in video remarks to the participants and guests of the 9th Moscow Conference on International Security on Wednesday.

Russian peacekeepers guarantee peace and security in the region and do a lot to improve the humanitarian situation, de-mining territories and restoring social infrastructure, Putin noted.

He said Russia never forgets about the responsibility it has for the security and prosperity of the neighboring states. “We are united by inseparable historical, cultural and human ties,” Putin added.

“Prospects for the implementation of the agreements signed between the leaders of Russia, Azerbaijan and Armenia on November 9, 2020 and January 11, 2021 were discussed. Special attention was paid to the intensification of tripartite work on the restoration of economic ties and transport links in the South Caucasus,” the Kremlin said in a statement following a telephone conversation Putin had with Azerbaijani President Ilham Aliyev on Wednesday.

The Kremlin said Putin and Aliyev reaffirmed their readiness to strengthen the two countries’ bilateral strategic partnership. An agreement was reached to continue contacts at different levels.

Putin also discussed Karabakh conflict with President Recep Tayyip Erdogan of Turkey, exchanging views about the resolution of the issue, the Kremlin reported on Thursday.

The two leaders praised the activities of the join Russian-Turkish ceasefire observance center established in Agdam, on the outskirts of Artsakh—a by-product of the November 9 agreement and part of Putin’s plan to allow Ankara access to the region.

Erdogan expressed his full support to Russia’s efforts to implement the agreements that were signed by the leaders of Russia, Armenia and Azerbaijan, according to the Kremlin statement.