Reactions to Biden in Turkey 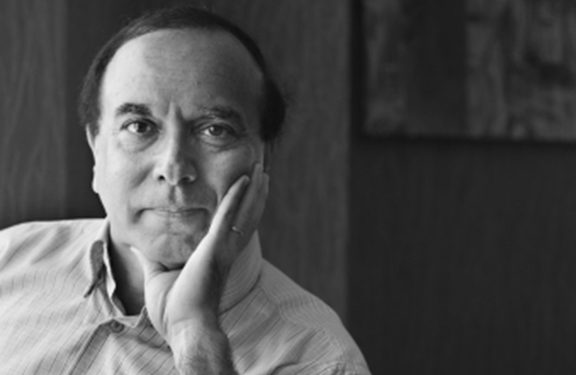 It has been a week now since President Biden’s April 24, 2021 statement recognizing the Armenian Genocide. This was a long overdue acknowledgment by the United States of an event that took place 106 years ago, about which there is already general worldwide acceptance of the historic facts. The only issue left was the reluctance of a few states to define the 1915 event as genocide, in deference to Turkey.

The symbolic genocide recognition by the US is a political non-event, except for the traumatized Armenians and paranoid Turks. This obsession with properly naming it as genocide has caused many generations of Armenians to be traumatized, not able to move past 1915, spending enormous amounts of energy, academic, historic, political talent and resources at the expense of more productive activities for the growth of Armenia, Artsakh and Diaspora. The Armenians’ trauma is directly caused by a similar and more obstinate obsession by the Turkish state in denying the true facts of 1915, spending not only enormous amounts of energy, academic, historic resources in Turkey but also hundreds of million of dollars in lobbying activities in the US, as well as buying out a few foreign academics to advance their denialist version of history. The Turkish denial is caused by paranoia and fear of the 3R’s – Recognition, to be followed by Retribution (compensation) to be followed by Restitution (land).

This vicious cycle of genocide denial versus forcing genocide recognition, fueled by paranoia and trauma, could only be reversed by starting dialogue between Turks and Armenians, based on historic realities of 1915, as advocated by the late Hrant Dink. And the vicious cycle could only come to an end by having the Turkish Parliament acknowledge the historic realities of 1915, instead of Parliaments of third states.

For a few years in mid 2010s, there was a glimpse of hope that there could be some baby steps in Turkey toward facing history, at least allowing discussion. The genocide word was not punishable anymore, many books acknowledging the genocide were published or translated. There were conferences, talk shows where pro and anti-genocide viewpoints were freely discussed. April 24 commemorations were allowed in many cities including Istanbul, Ankara, Izmir, Diyarbakir. Ittihadist leaders, the perpetrators of the Armenian Genocide were condemned. Messages of condolences for ‘losses suffered by the Armenians during the First World War’ were proclaimed by the government leaders. Some minority owned properties illegally expropriated in the past were returned. Reconstruction of a few Armenian churches was permitted, including the largest one in Diyarbakir, Surp Giragos Church. Restoration of Ani ruins were started with cooperation of historic restoration experts from Armenia. Along with these positive steps of democratization, peaceful reconciliation initiatives toward the only remaining sizable minority, the Kurds, were advanced.

But then what happened?

All these initiatives were thrown away starting in 2016. Islamic ideology merged with nationalist fascist ideology, creating a viciously intolerant and dictatorial regime where only Sunni Turks, or rather, Sunni Turks loyal to the ruling party are allowed to live and all others have become barely tolerated second class citizens. Journalists, academics, hundreds of thousands of citizens, Kurdish political leaders, in short, anyone questioning the authority of the ruling party are dismissed and jailed. Even before Biden’s statement, April 24 commemorations were banned. The president’s office arranged for a three-day History conference about the 1915 events starting April 20, where more than 25 Turkish academicians presented papers “proving” that there was no genocide, not even a massacre, just a humane relocation of the Armenian rebels from the war zone to a safer location in Syria within the country, in order to prevent them from backstabbing the Turkish army. And I kept screaming at my computer screen: ”
“How about my pregnant grandmother deported from Bursa to Damascus? Was she a rebel? Was she in the war zone?”

I listened to all nine hours of the conference, with the papers at the level and quality of high school compositions, each presenter competing to outdo the lies of the others, parroting their “research facts from the archives.”

One of the conclusions was that according to their latest research, “evidence shows that only 150,000 Armenians died, of which 50,000 were volunteers who had died after joining the Russian army. But since Armenian historians always add a zero to their numbers of the dead, that is how Armenians keep claiming 1.5 million dead.” Compared to past frivolously published papers which at least admitted some massacres during the deportations, this conference produced completely laughable lies.

After Biden’s statement, the floodgates opened, and every politician in the ruling party as well as in opposition (except the pro-Kurdish HDP), every journalist, every academician, every talk show host attacked Biden, the Americans, the EU, the West, and of course all the Armenians past and present. The only Armenian MP in the Parliament, Garo Paylan, was threatened to face the same fate as what Talat Pasha did to the treasonous Armenians. Almost every talk show started with grateful commemoration and prayers for the heroic leader Talat Pasha. There is no longer any shred of empathy for the millions of civilian Armenians, Pontic Greeks, Assyrians or Yezidis who perished during a few short years during the First World War.

President Erdogan, after staying silent for three days while his cabinet members and presidential spokespersons fiercely attacked Biden, announced Biden’s statement to be baseless, and added: “I am speaking based on evidence, unlike Biden. We have over 1 million documents related to the 1915 events in our archives. I am wondering how many documents the United States has. Armenian gangs, who were at least 150,000 to 300,000 people, carried out massacres in Turkish territory. Furthermore, they partnered with Russian forces to fight against us. Ottoman authorities took precautions. Biden’s biased statement on 1915 events is destructive for Turkish-American bilateral relations. We believe that Mr. Biden’s statement was due to pressure from radical Armenian figures.” The opposition politicians were much more vocal in their protests against Biden, and in fact, egged on Erdogan for not protesting more forcefully, ‘meowing like a cat instead of roaring like a lion’.

It seems that the Turkish denial is now even more intensified and reaching new heights. What is even worse is the attitude of the Kurds. In recent years, Kurdish intellectuals and political leaders had readily acknowledged their role in the Armenian Genocide, and their harmful treatment of the Armenians before the genocide. In fact, there was even a memorial sculpture installed in Diyarbakir for the Armenian and Assyrian victims of 1915. Unfortunately, most of these progressive Kurdish political leaders are now jailed and there is a new ominous reality.

Historian Prof. Dr. Taner Akcam just published a new book in Turkish, called “An Abbreviated History of the Armenian Genocide”; one historical fact he points out is related to Kurdish tribal chiefs who ruled over Armenian villages in Eastern Anatolia (Western Armenia), called “The First Night Right.” It is documented that in many provinces, Kurdish tribal chiefs claimed the right to rape Armenian brides on the wedding night, before the marriage took place. This is a known reality; in fact, I know of Armenian families who hastily escaped from their village to Istanbul during the wedding night in order to avoid the rape of the Armenian bride girl. However, some Kurdish intellectuals have now started a protest campaign against Akcam, denying that Kurds have ever done such a thing in the past.

It is utterly disappointing and one more step backward to see the Kurds joining the Turks in their denials against historic facts. But truth always comes out in the end, sooner or later, no matter how hard someone tries to hide it or stop it.