by Contributor
in Community, In Memoriam, Latest, Top Stories
2 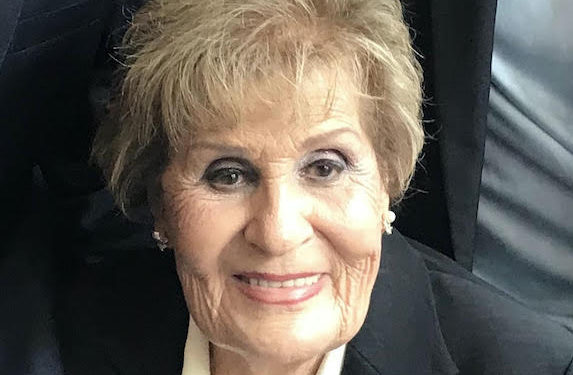 Yes Sir, We Will Go To Jail

On September 9, at UACC, I attended the funeral of a dear friend, Savey Tufenkian. Three Los Angeles Bishops performed a beautiful memorial service. It was a touching and emotional experience to hear the personal stories read by her teary eyed grandchildren.

I got to know Savey when Medical Outreach brought 14 earthquake victims ages 2-14 to Los Angeles for surgeries, and prostheses. Savey took over the care of the seven children at Centinela Hospital. She slept at the hospital as the children needed a translator, and a counselor. All fourteen children had lost one.. two and some had lost all family members to the infamous Spitag earthquake of December 7,1988 which took the lives of 25,000 Armenians..

After six months in Los Angeles, the children had received their prostheses. Savey and I took the children back to Armenia. Our plan was to bring another fourteen children who needed prostheses.

Savey and I stayed ten days in Yerevan, visited different hospitals and finally went to the Orthopedic Hospital in Nor Marash where most amputees were. With the advice of the local doctors, we decided on 14 more patients to bring to Los Angeles.

It took a week to get the children ‘s passports and then their exit visas. As soon as the formalities were done, we made the travel arrangements to fly from Yerevan to Moscow, then a stopover in New York, and then to Los Angeles.

We knew the children needed visas to enter the USA, and the only American consulate which could issue an entry visa was in Moscow. In our previous experiences, we would typically go to the American Consulate, get the visas, and stay overnight in Moscow. On this occasion, I was afraid we might have difficulty finding a hotel, and perhaps end up staying longer than overnight. If that happened, I was afraid we would miss our flight to New York creating a very painful situation for the children.

To avoid such a possibility, we decided to get the visas at the customs in Los Angeles. So we got on the plane in Yerevan and after a short stopover in Moscow we flew to New York. We arrived at the airport at 3pm. We had a two hour stay before the flight to Los Angeles.

We got into the long customs line. The people waiting were kind enough to let our children in their wheel chairs, walkers and canes go to the front of the line.

I handed my passport to the officer in the booth, then Savey handed hers and then the children with passports in their hands came forward.

The first child handed her passport. The officer went through the pages, looked at us and said, Where is her entry visa? He looked through other passports and none of the children had visas.
“We were planning to get their visas here at the customs. ” I said.
The officer shook his head and made a telephone call.
Within seconds two policeman came and asked us to follow them. We were taken to a large room where there were several other police officers.

The one officer, the captain of the group, came over and asked with a stern voice. “You mean you are bringing these children to America with no entry visas? Don’t you know no one can enter USA without a visa? “Who are these children? Where are their parents?”

“They are Armenian children, earthquake victims. “ said Savey “ We are bringing them to USA for medical treatment.”

The captain asked us to follow them to another room while the children stayed with a female officer. All of a sudden over half a dozen more policeman with their guns and hand cuffs walked into the room. By this time we were scared and knew something was wrong.
The captain in charge looked straight first to Savey and then to me and asked.
“You know that you are smuggling 14 under age children to USA?”

Savey very self-confident answered, ”Sir, these are earthquake victims. We are taking them to LA for surgery, for treatment and prostheses. They don’t have proper medical care in the Soviet Union. We are Armenians and trying to help these Armenian children.”

“Madam, first of all, you don’t have power of attorney from their parents to take these children out of their homeland. Second ,you do not have entry visas. This looks very suspicious.…..As far as I can see this is a clear case of child trafficking.”
Savey turned to me and asked , “what is child trafficking”?
“ It’s bad. Don’t ask.” I murmured.

Two officers still with their hands on their guns, stood by the door and the rest went inside the adjoining room. We could hear the telephone conversation but did not know what was being said. After some time the captain came and in a firm voice said,
“ I have listened all that was said and you have two choices, ”You either get on the next plane with the fourteen children and go back to Armenia, or your second choice is to go to jail and wait for the immigration judge to resolve the situation .”
“What is our third choice?” Savey asked.
“Lady, you don’t seem to understand what I said. You are talking to an FBI agent. You have only two choices and you better decide on one.”

By now we realized the mess we were in, and could not hold back our tears.

I swallowed my tears and said. “This is not the first time we are bringing children. We brought fourteen children six months ago. Seven of them stayed at Shriners and the other seven at Centinela hospital. After six months , they all received their prostheses we took them back to Armenia. Now the two hospitals in LA know about these children are prepared to take care of them free of charge.” It looked like they were not interested in what I was saying.
I turned to Savey and said, “What are we going to do?”

“Mary, let’s take the second choice, it’s better to go to jail than return those children to Armenia. “
She turned to the officer and said, “ Sir ,we‘ll go to jail but please take care of the children. They must be admitted to the hospital immediately. “

After we had given our decision, the officers went back to the next room. We could hear there was a long discussion, more telephone calls, and after a while the captain walked towards us, and this time with a kind voice said, “We have checked and we do believe you two ladies are bringing the children for treatment. Your intention is virtuous but I hope you realize you did break the law.”

Another officer came and stamped entry visas in the children’s passports. And handed them to us. The captain shook our hands and wished us luck.

We got out of the room. Savey and I hugged and kissed and cried, but this time we cried from
joy.

Outside in the lobby a group of New York Armenians with gift bags of candy and toys welcomed the children. They had been waiting over three hours.

Savey’s tearful statement, was what touched the officer’s heart and convinced them that we were telling the truth.

“ Yes sir, we will go to jail but please take care of the children, they must be admitted to a hospital.”

Yes Savey, you were as always very kind and courageous. You were willing to go to jail as long as the Armenian children got their treatment.